Apple describes why a MagSafe port is desirable.

In one embodiment, Apple details what looks to be an iPhone with a MagSafe port where the Lightning port would usually be.

This patent was filed in 2018 so its possible that Apple was working on multiple MagSafe implementations for the iPhone but ultimately decided on the large circular MagSafe charger that launched on the iPhone 12.

Check out the patent at the link below... 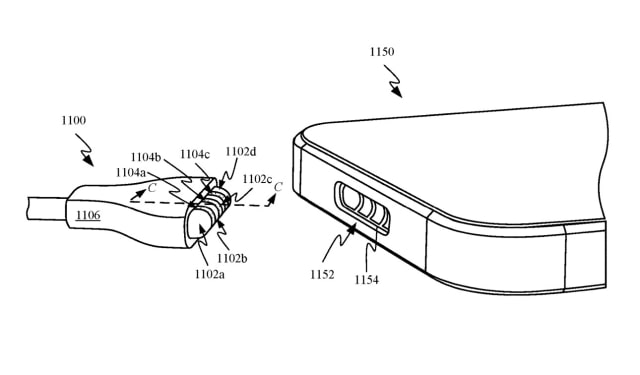