Foxconn has announced that it plans to build electric vehicles in North America by 2023 and is in the process of picking a site in the US or Mexico, reports Nikkei. The company already has facilities in both countries.

Foxconn is also working to finalize a plan for what to produce at its Wisconsin plant by July.

"We are trying to look for ideal products for our Wisconsin plants. Recently we found that maybe electric cars might be good products to make in the U.S.," Liu told a media gathering with the Taipei Foreign Correspondents' Club in Taipei. "The location is also close to the traditional automotive supply chain."

The decision between Wisconsin and Mexico will be based on "business, not political" considerations.

"The most critical factor for us to choose between [Wisconsin and Mexico] would be the combination of engineering and labor [resources]," he said.

While Foxconn has received some support from the state of Wisconsin, Liu says "my priority is whether making this product here is right for the business. ... The incentives will not sustain [our operation] if the products are not the right ones to be made there."

Foxconn says it will invest $354 million USD every year for three years, most of which will go to EV-related operations, semiconductors and other new growth drivers.

"The year 2023 will be the year to invest the most [in EVs], but that still depends on the model and volume we are making," Liu said.

Foxconn recently partnered with Fisker agreeing to build its electric vehicle by the end of 2023 with a planned production capacity of 250,000 vehicles per year. It's said that Foxconn could be using its partnerships with Fisker, Yulon Group, and Byton, to learn about auto production ahead of the rumored Apple Car. Recent reports say Apple's talks with traditional auto makers have 'not gone well' and it is now more likely to use a contract manufacturer to build its self-driving electric vehicle. 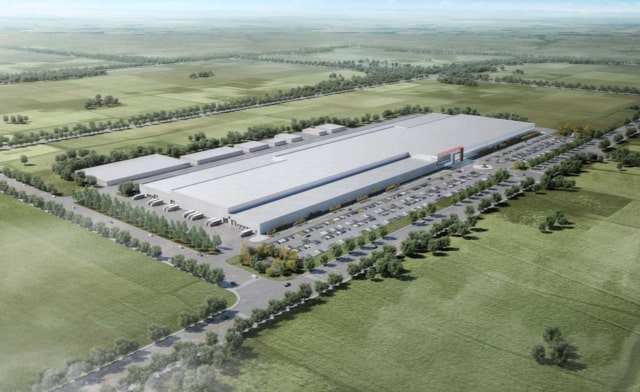