Arizona House Bill 2005, legislation that would have required App Stores to allow alternative payment systems, mysteriously disappeared before a scheduled vote last week. The bill passed the
House of Representatives earlier in the month and was set to be voted on in the state Senate at 3pm on March 24th. It was the first bill on the agenda, but it never came up.

Sources are now telling The Verge that its fate is sealed for the year. Apparently, intense lobbying efforts by Apple and Google resulted in dwindling support for the bill and so it was pulled.

Bill sponsor Regina Cobb says Apple and Google "hired almost every lobbyist in town", naming six lobbyists who alleged caused Senate members to waver on their votes. "We thought we had the votes before we went to the committee yesterday, and then we heard that the votes weren’t there and they weren’t going to take the time to put it up," Cobb said.

"I polled the committee members and there just wasn’t enough support for it," said Commerce Committee Chair J.D. Mesnard. "A number of members were conflicted on it, others were just opposed. There was some support for it, but it definitely was coming up short."

"The bill was killed in mid-air while on the agenda with a backroom deal. Apple has hired the governor’s former chief of staff, and word is that he brokered a deal to prevent this from even being heard."

Notably, The Verge heard a similar allegation from multiple sources with knowledge of the situation but no one else felt comfortable going on record.

For now, it's unlikely the bill will be heard this year. “Unless it is brought as a striker, it will need to be reintroduced next year,” Cobb told The Verge.

Despite the setback, the Coalition for App Fairness (CAF) says it will "continue to push for solutions that will increase choice, support app developers and small businesses and put a stop to monopolistic practices." 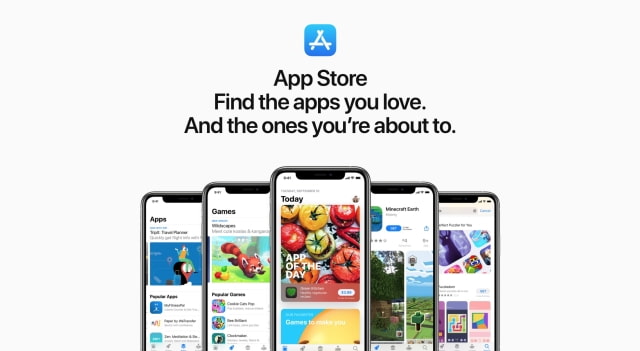 herojig - April 1, 2021 at 4:00am
I find this behavior repulsive, right below an advert for the Apple App Store, and also just another Tuesday for the anti-consumer lobby. I guess that says it all.
Reply · Like · Mark as Spam