TrendForce has released a new report detailing its expectations for Apple's next generation iPhone models.

The company believes that total iPhone production for 2021 will grow by about 12.3% YoY to 223 million units. Prices are expected to stay on par with last year's iPhone 12 models.

-----
Apple plans to unveil the next generation of iPhones, tentatively called the iPhone 12s series (official name has yet to be revealed), in September 2021, and the smartphone market has placed the spotlight on the new handsets’ physical appearances as well as retail prices. Regarding the general outward appearance of the upcoming iPhone devices, the notch on top of the screen will shrink due to the decreased size of their sensor housings. Apart from this, other upgrades will mostly relate to the optimization of existing functions and features. All in all, the degree of innovation is not particularly significant in terms of appearance, and the four new models can be regarded as an extension to the iPhone 12 series. Because of this, TrendForce also believes that Apple will continue the proactive pricing strategy that it adopted in 2020 so as to maintain its market share for high-end smartphones. Even though prices of some key components have risen due to tightening supply, Apple is taking into account of the growth in the revenue of peripheral services in relation to the growth of iPhone sales. This means that the starting price of the upcoming iPhone series will likely be relatively on par with the starting price of the iPhone 12 series.

For the latest iPhone models, Apple has made certain upgrades to the handsets. TrendForce here summarizes the key components of the latest iPhone models, including the processor, display, memory, and camera. The iPhone 12s series will feature the A15 processors manufactured at TSMC’s 5nm+ node. Regarding the display, the new models will be equipped with flexible AMOLED panels with On-cell touchscreen technology; the two Pro models will also feature a 120Hz refresh rate. Judging by the iPhone 12s series’ starting prices as well as the differences among various models’ retail prices, TrendForce expects the new handsets’ memory capacities to remain the same as their iPhone 12 counterparts. On the camera front, Apple has upgraded all iPhone 12s handsets’ main cameras to include sensor-shift image stabilization technologies. For the Pro models, not only are their ultra-wide cameras now equipped with 6P lens (which is an upgrade over the previous generation), but they are also capable of autofocus functions. Notably, it should be pointed out that LiDAR scanners are available in the Pro models only.
-----

TrendForce believes that the new iPhone models will account for about 39% of total production in 2021. The share of 5G models being made will likely jump to 75%. Additionally, the company says that Apple will focus on driving sales of the non-mini models after disappointing sales performance for the smaller device. 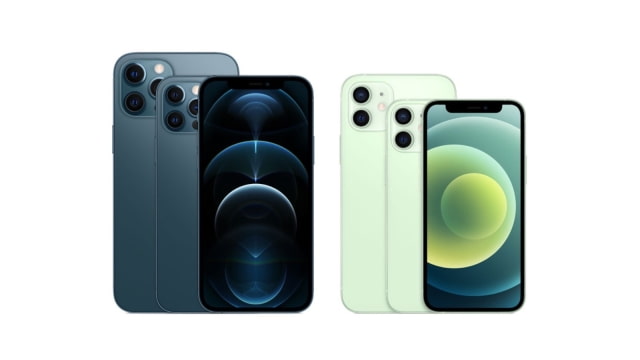 FutureMedia - June 21, 2021 at 7:36pm
What happened to the 1TB storage option that has been repeatedly mentioned in other rumors? Without that option I won’t upgrade. My 512GB XS Max is just fine til they offer 1TB of storage.
Reply · Like · Mark as Spam
Recent