Tesla CEO Elon Musk purportedly demanded that he be made CEO of Apple during acquisition talks with the company.

The demand was allegedly made during a phone conversation between Cook and Musk, according to the new book "Power Play: Tesla, Elon Musk, and the Bet of the Century" from Tim Higgins.

A snippet from the book was shared by the Los Angeles Times today...

-----
Apple Chief Executive Tim Cook and Tesla Chief Executive Elon Musk are talking on the phone. The 2016 unveiling of the make-it-or-break-it Model 3 is coming soon, but Tesla is in serious financial trouble. Cook has an idea: Apple buys Tesla.

Sure, says Cook. When Apple bought Beats in 2014, it kept on the founders, Jimmy Iovine and Dr. Dre.

The story seems unreal and according to Musk, it is. Today he tweeted...

Cook & I have never spoken or written to each other ever.

There was a point where I requested to meet with Cook to talk about Apple buying Tesla. There were no conditions of acquisition proposed whatsoever.

He refused to meet. Tesla was worth about 6% of today’s value.

Musk also said Higgins' book is both false and boring.

Higgins managed to make his book both false *and* boring

Finally, Tim Cook himself has said that he's never spoken to Musk.

"You know, I've never spoken to Elon, although I have great admiration and respect for the company he's built."

If you still want to read "Power Play: Tesla, Elon Musk, and the Bet of the Century", you can purchase it from the link below in hardcover, paperback, and ebook formats. 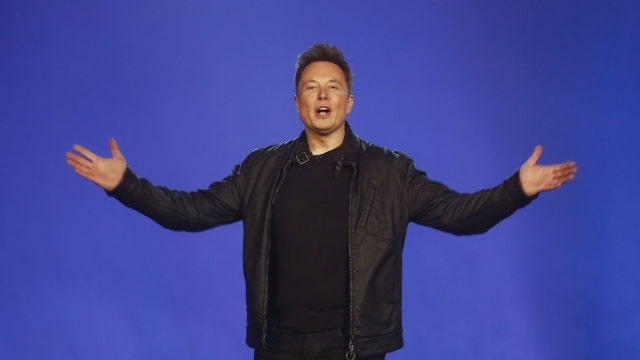 NoGoodNick - August 1, 2021 at 8:17pm
The day Musk takes control of Apple, is the day I'll dump every single Apple device I've ever owned! I prefer technology that works, rather than cheap, untested gimmicks designed to attracted attention (like putting your car with a dummy onboard into space).
Reply · Like · Mark as Spam

Griesel - July 30, 2021 at 9:33pm
If only... Apple shares would have quadrupled and the products would be out of this world. Pun intended.
Reply · Like · Mark as Spam
Recent