[Update] Thanks to our commenters we note that Niagara Networks Inc. has withdrawn from the bidding for the Canadian spectrum today. This is according to a Financial Post article found here

-----
9to5Mac is reporting that AT&T or T-Mobile may be backing a new company, Niagara Networks Inc. that is bidding on the Canadian spectrum.

Niagara Networks Inc has no current operations in Canada; however, they have applied to bid on all the spectrum being offered. The are requiring a letter of credit for $881 million.

Apple's negotiations with Rogers to carry the iPhone have progressed poorly. It is being suggested that AT&T may be backing acquisition of the new cellular spectrum being offered. This would open the door for Apple to introduce the iPhone to Canada on the new carrier. 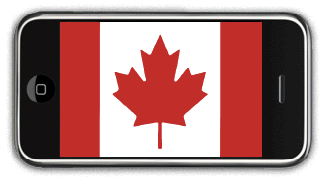 imran - April 1, 2008 at 4:54pm
not going to happen. niagara networks pulled out of the spectrum auction, they are no longer in it.
Reply · Like · Mark as Spam
Recent