A billboard campaign in Russia and two new Russian websites indicate that the iTunes Store will launch April 21st.

CNews reports that Apple teaser billboards appeared in Moscow starting April 4th, 2008. The billboards feature an inscription ‘iSkoro 21.04.2008’ (iSoon 21.04.2008) similar to the one used on the iPhone package against a black background.

Two new websites have been launched: iMacintosh.ru and iTunes-Store.ru. The websites indicate the arrival of the iTunes store on April 21st, 2008. 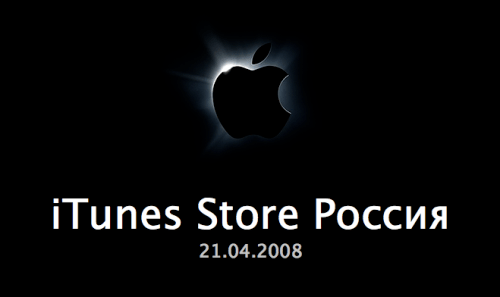