Apple has released AppleTV software 2.0.2 to its users via software update.

The 2.0.2 update does not have an release notes; however, is thought to be merely a bug fix release. Users are reporting that the lag time when browsing movies by genre has been fixed. Also, having wide channels enabled on 5GHz Apple Extreme 802.11N networks no longer crashes/stutters the box.

Those with Apple TVs can download and install the update by choosing Update Software from the Settings:General Menu. 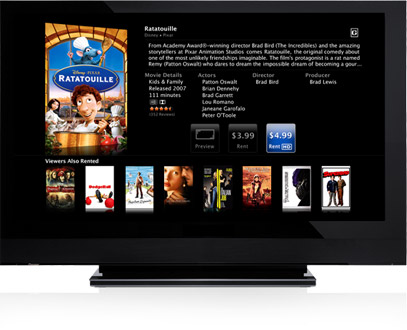 cantiluc - April 25, 2008 at 10:12am
I just installed all the hacks on the appletv 2.01and now we have another version if I upgrade to 2.02, will I have to re-install all the hacks again ? Or will they still be there and working normally?
Reply · Like · Mark as Spam
Recent