Facebook is working with mobile phone manufacturer INQ Mobile on two smartphones that could be carried by AT&T, according to three Bloomberg sources.

The devices, which feature deep Facebook integration are said to be introduced in Europe in the first half of 2011 and in U.S. by the second half of 2011.

AT&T is reportedly still considering whether to carry the devices which will run Android. Facebook has not yet decided whether its name will be used on the phones.

Facebook declined to comment on specific plans but did say that they continue to work with INQ Mobile, a company which has previously sold phones with Facebook features.

"We've been working with INQ for a couple of years now to help them build a deeply integrated Facebook experience on their devices," Palo Alto, California-based Facebook said in an e- mailed statement. "While we can’t speak for their future product development plans, we can say that our view is that almost all experiences would be better if they were social."

This report comes after TechCrunch broke news that Facebook could be working on its own phone and even interviewed Mark Zuckerberg on the matter. 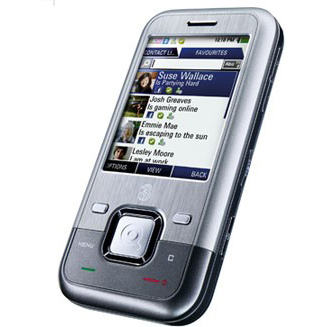