Adidas has reportedly canceled a $10+ million iAd campaign because Steve Jobs is too much of a control freak, according to BusinessInsider.

Adidas supposedly pulled its $10+ million ad campaign from the iAd program because Apple CEO Steve Jobs was being too much of a control freak. According to one industry exec, Adidas decided to cancel its iAds after Apple rejected its creative concept for the third time.

In August it was reported that advertisers are becoming increasingly frustrated at the slow start of the iAd network due to Apple's tight control of the ad-making process. Apple is not allowing companies to develop their own ads yet; rather, it has an internal team that is responsible for producing the creatives.

At the time, Chanel was thought to have pulled their campaign and now it seems Adidas has joined them. 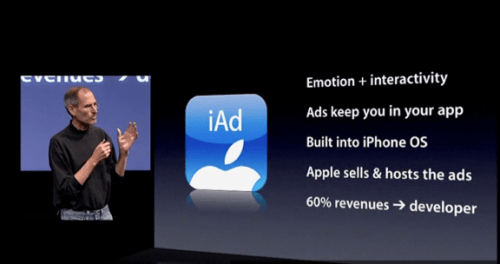 carlsbadBOY - October 4, 2010 at 10:47pm
\"F\" Adidas. It\'s a german company that acquires American companies and layoff the american workforce. They did it with Taylormade, Reebok and Ashworth. I will no longer purchase anything from adidas, taylormade, reebok or ashworth. not a single cent goes to an american company when you buy this crap. I\'m now buying Nike, Converse and Callaway.
Reply · Like · Mark as Spam

Sunil Issac - October 4, 2010 at 6:17am
Hey,Android is no way near apple ios... And now every other company is copying exactly what Apple does... Now I cant imagine a phone without the multitouch... Remember HTC and Google copied it without shame and never bothered to ask Apple for their patent technology... And listen to the series of ipads from other companies that are being launched... And the giant windows mobile recognised that they were not focused on customer,but on carriers only after the success story of apple! No one else other than apple cared for user friendly OS updates or phones before Apple made Iphone... So be ashamed to blame apple for their deeds and be happy with whichever other mobiles you own...
Reply · Like · Mark as Spam

Gabe - October 3, 2010 at 7:55am
I use my ifart app to fart in your direction. Take that android freaks. For real now, look how apple kick-started this whole phone biz. I\'m sure they are not sitting still, they are always working on the \"next\" big thing. Can\'t stop the big wheels of apple. Cheers
Reply · Like · Mark as Spam