The WSJ is reporting that Apple will begin production of a Verzion iPhone this year, and that the fifth generation iPhone will have a new form factor.

The new iPhone would be similar in design to the iPhone 4 currently sold by AT&T Inc. but would be based on an alternative wireless technology called CDMA used by Verizon, these people said. The phone, for which Qualcomm Inc. is providing a key chip, is expected to be released in the first quarter of next year, according to the same people.

Separately, Apple is also developing a new iPhone model, said people briefed on the matter. One person familiar with the new iPhone plan said the fifth-generation iPhone will be a different form factor from those that are currently available. It was unclear how soon that version will be available to Verizon

Kaufman Bros analyst Shaw Wu has just issued a report stating that Apple is working on larger and smaller iPhone models which could be released as early as 2011. 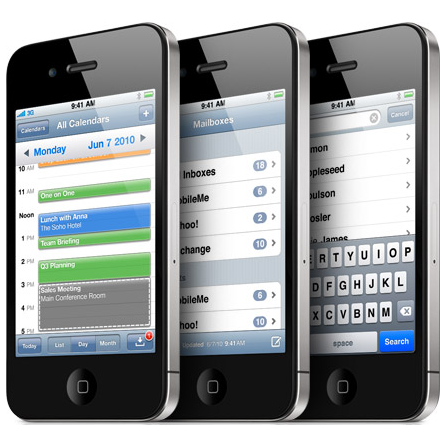 Knightb - October 6, 2010 at 4:39pm
Why is it always WSJ that comes up with this crap ? All of similar past rumers initiated from WSJ crap. I am starting to think WSshit is affeliated with Verizon and every once in a while they spit out those rumers to keep thier customers waiting and not leaving Verizon. Didnt Verzion CEO just recently was wishing Apple would build phones for thier 4g network ? WSJ you need to shut the hell up loosers
Reply · Like · Mark as Spam

madcow - October 6, 2010 at 4:33pm
Now tell us one we haven\'t heard. Of course Apple is testing a new iphone do you think they come out with these 1 week before announcement? They\'ve surely got the iphone 5 well underway and may even beginning to draw up designs for iphone 6. That\'s how business works it takes time to go through the development process.
Reply · Like · Mark as Spam

as terkay - October 6, 2010 at 4:15pm
verizon will not offer the iphone, no matter what everyone else says, qualcomm can make gsm chips as well as cdma, just because apple ordered a bunch of chips , doesn\'t mean that they are cdma, and apple wouldnt restrict their sales to only the us, with a very small cdma market as opposed to the world standard being gsm, so there , any questions
Reply · Like · Mark as Spam
Recent