Digital magazine sales have dropped off for all the magazines that make those figures available to the Audit Bureau of Circulations, according to a WWD Media report.

Vanity Fair sold 8,700 digital editions of its November issue, down from its average of about 10,500 for the August, September and October issues. Glamour sold 4,301 digital editions in September, but sales dropped 20 percent in October and then another 20 percent, to 2,775, in November. GQ’s November edition sold 11,000 times, which was its worst performance since April (when the iPad was released) and represents a slight decline from its average digital sales of 13,000 between May and October.

Men’s Health, which averaged digital sales of about 2,800 in the spring, sold 2,000 times in both September and October.

These drop-offs are somewhat expected as the novelty of reading an iPad magazine wears off. Hopefully, publishers will be able to stabilize their sales and work at building a solid customer base for their iPad magazines. Apple is thought to be working on a new "push" subscription feature for publishers; however, as usual, content providers are not seeing eye to eye with Apple. 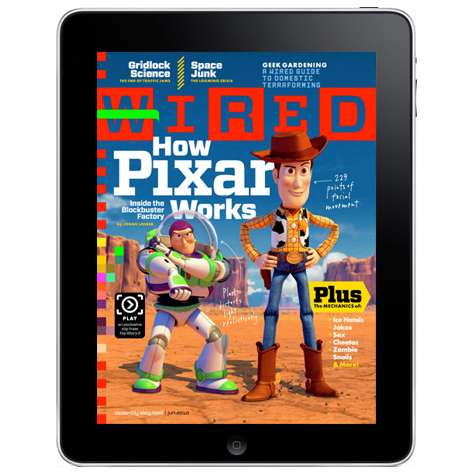 AoS_HJ - December 30, 2010 at 5:32am
It\'d be a shame if the sales dropped off so much that the magazines abandoned the format altogether. For me T3 magazine on my iPad has been a revelation. I love the fact you get little differences in landscape or vertical mode and all the other little touches show that it\'s clearly not just been thrown together but some real thought has gone into it. I hope people have just dropped off a bit because of the holidays and sales pick up in the new year. Come on people let\'s support this great format! :-)
Reply · Like · Mark as Spam