An anonymous tipster provided the information to MacRumors; however, they have been unable to verify it yet. These placeholders are commonly used by large retailers. For example, in February the MacBook Pro part numbers appeared 3 weeks early in Best Buy's system.

It is widely expected that Apple will introduce updates to their laptop computers around October 14th. 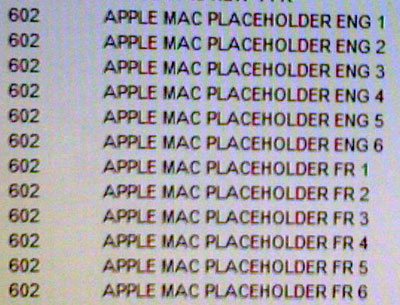