A new report claims that Apple is getting ready to release an iPad mini that will cost $249-$299, notes Kotaku.

NetEase claimed that the device will be released around the third quarter of this year to "counter attack" the upcoming Windows tablets. The report further claims that the devices will cost anywhere from US$249 to $299 and that there will be an initial 6 million units ready for launch.

There has been much speculation about a 7.85-inch iPad.

Most recently, Daring Fireball's John Gruber revealed that Apple has such a device in their lab but could not confirm if the company plans to release it.

Also, a Samsung official reportedly told the Korea Times that Apple is planning to launch a smaller iPad this year which will help boost its contract with the company to $11 billion. 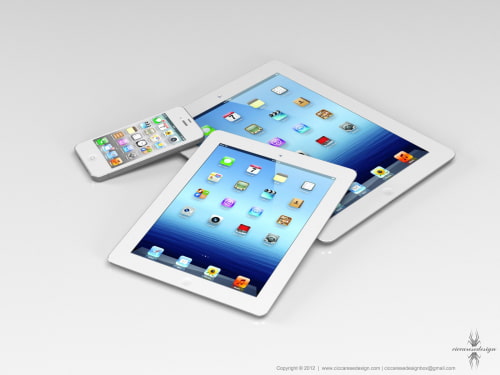 Justabrake - April 17, 2012 at 10:07pm
I see in the parks people reading and using the kindles 15-1 over an ipad, If I'm lucky to see any ipads at all anymore there just too dam big to lug around to read
Reply · Like · Mark as Spam

budsal - April 17, 2012 at 9:45pm
I think it would be a great idea. I don't see why this would eliminate the ipod touch or do anything negative. It would compete with smaller cheaper tablets. My brother got a kindle fire because he wanted a smaller tablet. He would have definately paid the extra 50-100 for an ipad mini, and I think most people would have done the same. my 2 cents.
Reply · Like · Mark as Spam