In a piece on the history of Apple's relationship with Google pertaining to Maps for iOS, the WSJ reveals that Apple is working on a navigation app for the iPhone.

It's widely been reported that Apple plans to replace Google Maps with its own Maps application for iOS 6; however, the WSJ takes things a step further to reveal that we might also see an official navigation app.

Apple had catching up to do. Employees worked on mapping designs to sub out Google's from the iPhone. They began work on a navigation app that resembles an in-car GPS device, says a person familiar with the project.

Apple also began licensing data about road-traffic conditions and local businesses from around the world. Apple needed more data for a critical step: building its new "geocoder," the code that translates longitudes and latitudes into actual addresses.

Notably, Apple has already replaced Google's geocoder for iOS. That means in the latest version of the iPhone firmware your location is now translated using Apple's technology, not Google's.

Software developers can also use a version of the Apple technology, CLGeocoder, to build apps that let users, for instance, tell their friends what neighborhood they are in or search for nearby eateries.

It's unclear if Apple plans to release this navigation app at the same time as they update the Maps app. 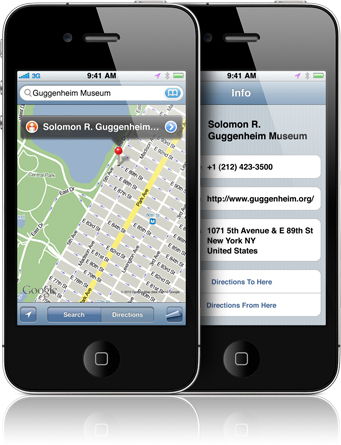 Aks - June 6, 2012 at 5:56am
Apple will release the maps app in iPhone5 and say it is exclusive to iPhone5 only. Then all iSheeps will start the iDrooling and go stand in the queue to grab the uber cool iPhone5. Then a year later Apple will release a Navigation app in iPhone5Z. Once again, all the iSheeps will form a line outside the iBarn(A.K.A Apple Shop). Well before you iSheep morons start blasting me over and calling me a Samsung fanboy, blah blah, FYI I own an iphone, iPad, mac, PC and Kindle. Bottomline? They are all just gadgets end of the day and do their job. So stop drooling over every news in iClarified and get a life you iSheep morons.
Reply · Like · Mark as Spam