BigBoss has posted a warning on his website not to use Pusher. Pusher is RiPDev's 2.2 version of a jailbreak that was released yesterday. BigBoss says RiPDev's version will block access to / partition and make it impossible to install Cydia.

Pusher is RiPDev's 2.2 version of a jailbreak. This should be avoided and not used. Instead use the dev team's jailbreaks. RiPDev's version will block access to / partition and make it impossible to install Cydia. (They want you using Installer of course). It's pretty much worthless since most the packages are in Cydia. The dev team's jailbreak allows you to use both Cydia and Installer. There is no valid reason to use Pusher instead of one of the pwnages below.

Update: This point had to be made. Pusher tries to say it doesn't void your warranty indicating that it is different than pwnage / quickpwn in this regard. It is not. This is a lie! Your warranty is officially voided, although a simple restore in iTunes undoes any jailbreak and you can always get warranty service. Using pusher or pwnage makes no difference in this regard.

Pusher is not better for newbies. The purpose of jailbreaking is to get as much non-appstore software onto your device as you can. Installer only offers about 8% of what is in Cydia. Certainly having 8% of the software packages is not good for newbies. 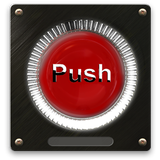 Alban Babani - November 24, 2008 at 5:32am
Rip-Dev??? never trust F$$cking ruskies! Whatch out when they talk about Personal Information Security! they should have called their soft "Putin Smash Chechnya". Russians are specialists are jailing, not jailbreaking!!!
Reply · Like · Mark as Spam
0

N41 - November 24, 2008 at 1:23am
I guess installer really lost its appeal when rip dev and nullriver were going through their little power struggle..
Reply · Like · Mark as Spam
0

Kyle Flanagan - November 23, 2008 at 10:39pm
One more voice in support. By the by, nobody in their right mind should use Installer in the 2+ series, there's nothing in their repo compared to Cydia. And that Kate is still a beyotch!
Reply · Like · Mark as Spam
0

randvancy - November 23, 2008 at 9:13pm
I dont trust the guys at rip dev anyway. I think their program is a security risk. They need to just hook up with cydia if they are legit. This "new" jailbreak, their talk of the other being "bad," etc... it all reminds me of ZIBRI as he went down into the flames of irrelevance.
Reply · Like · Mark as Spam
4 More Comments
Recent