Google is reportedly working on an open alternative to AirPlay, according to a GigaOm report.

YouTube unveiled the first implementation of this technology last week, when it launched AirPlay-like video beaming from Android phones and tablets to Google TV devices. But Google product manager Timbo Drayson made it clear during a conversation I had with him a few days ago that this is just the first step. “We really want to move the whole industry forward,” he said.

Google posted a page to promote the new feature. According to Drayson, the company is “actively working with other companies” to make it an open standard that can be used on other platforms and with other apps. The protocol will reportedly allow for data to flow in both directions which enables second-screen experiences that correspond to what's happening on live TV. 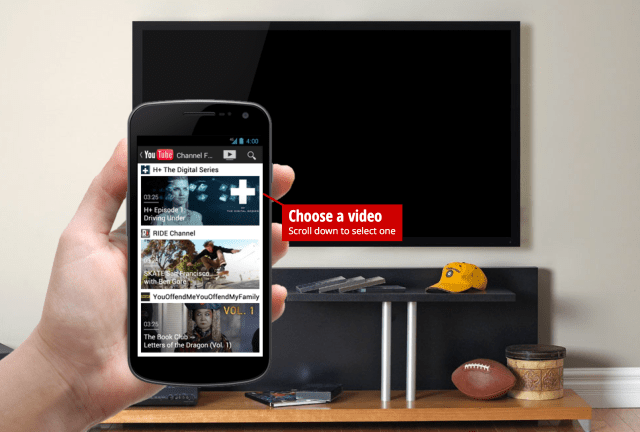