iOS has been saving your SMS and iMessage attachments even after you've deleted them, according to several tips received from iClarified readers.

When receiving an attachment via the Messages app, iOS stores the attachment in /var/mobile/Library/SMS/Attachments directory. Once an attachment is deleted the related files should be removed from the directory. Unfortunately, it appears that this has not been the case for some versions of iOS.

We then performed the same test using a device on iOS 6.1. Fortunately, after deleting the attachment, it was deleted from the device.

It appears that Apple may have stealthily corrected the issue with iOS 6.1; however, it is still a major security concern for users on earlier firmware versions and users with device backups on their computer or iCloud. In addition, it appears that this bug may explain why some users have been reporting missing free space on their device. For those users these attachments have been accumulating over time and could be causing GBs of wasted space on their device.

One source tells us that he found images on his device that were deleted over two years ago. Unfortunately, the images can't be easily deleted as you probably don't want to wipe all your attachments. However, if you are worried about security it might be a good idea.

Jailbroken users can delete everything in their attachments directory by executing "rm -R /var/mobile/Library/SMS/Attachments/*" in MobileTerminal or deleting the content of the directory using iFile; however, this reportedly can cause problems with third party tweaks such as BiteSMS.

Non-jailbroken users may be able to modify a backup of their device to remove the 'deleted' attachments and then restore that back to their device. The best solution is of course a clean restore to iOS 6.1.

Please let us know in the comments if you've been experiencing this issue and if iOS 6.1 has resolved it. 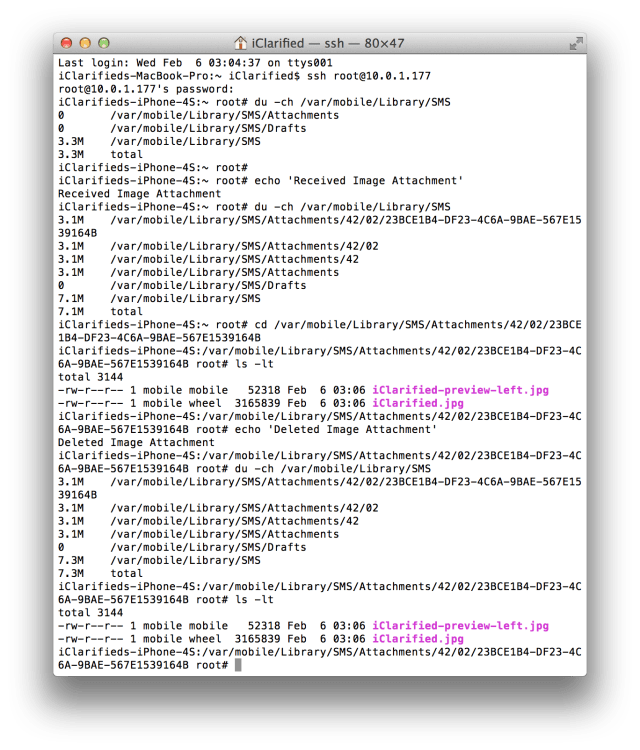 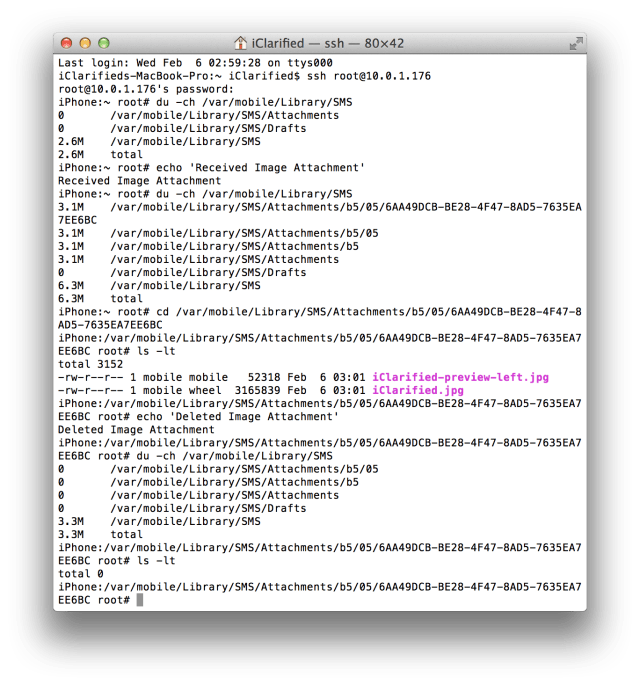 nealhen - July 25, 2016 at 6:07am
Recover the deleted SMS attachments from this I think it's a little trouble. Why not use a recovery software to recover deleted files from iPhone? Like FonePaw iPhone Data Recovery which is popular from people to restore some lost data from iPhone or iPad. And the most important is that it's convenient to recover and easy to use.
Reply · Like · Mark as Spam

Vincent - April 3, 2014 at 6:50am
How to recover deleted iMessages from iPhone? http://www.leawo.org/tutorial/ipad-data-recovery-recover-deleted-imessages-from-ipad.html
Reply · Like · Mark as Spam

Rhonda - June 26, 2013 at 4:02pm
I have that exact issue; but I am unsure how to clear all deleted messages with attachments I have tried restoring my iphone to factory settings but all that did was delete my itunes!!??!! I am not a computer programmer over here but step by step how to do this will help me out alot!!
Reply · Like · Mark as Spam

John - May 17, 2013 at 2:16pm
Has anyone found a way to determine where these attachements originated? Like the original message information?
Reply · Like · Mark as Spam
33 More Comments
Recent