DoubleTwist has introduced MagicPlay as an open source alternative to Apple's AirPlay. MagicPlay establishes a universal way to stream music to wireless speakers, TVs, audio systems and other devices. Unfortunately, at this time it is audio only.

How does it compare to AirPlay?
MagicPlay has been described as the "Open Source AirPlay" and enables anyone to enjoy synchronized playback of music without investing in expensive proprietary systems such as Sonos or AirPlay-compatible speakers. And since it's open source you can run it on any platform, from Google TV to Raspberry Pi and you'll see cheaper wi-fi speakers coming to market in the coming months. 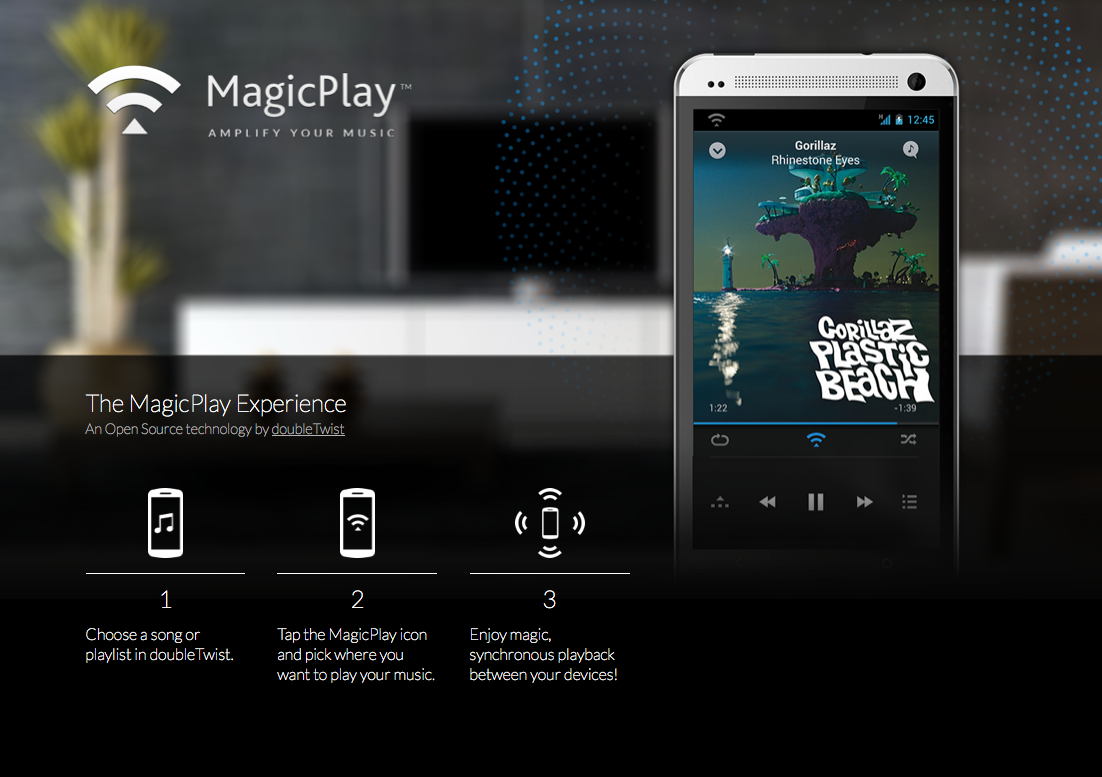 f1982 - July 2, 2013 at 9:59am
The only downside with this, is that it won't be integrated the way airplay is. The reason I absolutely love airplay is that there si no syncing, no pairing, nothing to do. When you are playing a video or music on one device, just click the airplay button and send it to another device. It's the simplicity that makes it so magical. I can't see this magic play being able to compete with that.
Reply · Like · Mark as Spam

Andrew - July 2, 2013 at 10:49am
you might put up with it's draw backs if it's half the price? I've never used air play but if it's as smooth as it looks in the adds then maybe it's worth it. Personally I think it's good when there's competition in any market, the products tend to get cheaper and better
Reply · Like · Mark as Spam

F1982 - July 1, 2013 at 8:33pm
So we're only supposed to get news on the things available to put on your iPhone? Sorry, I didn't realise. You should post a list of your interests and then we can make sure only those news items related to you and what you're doing on your iphone this week are put up.
Reply · Like · Mark as Spam

Andrew - July 2, 2013 at 8:13am
I'm sure once it's ready for the public there will be a magic play app. do you complain every time they show a picture of a now iphone component that you cant add it to "your device" there saying that once this is ready for the public WiFi Speaker systems will be much cheaper as manufactures won't have to pay to use Magic Play as it is open source software where as Air Play has a licence fee
Reply · Like · Mark as Spam
Recent