Apple has announced many new features in iPhone OS 3.0; however, only developers currently have access to the new software. However many of these features are available via free and paid apps found either in Cydia or the App Store.

Gizmodo has posted a nice list of features and associated applications which you can see below. You likely will need to jailbreak your iPhone before continuing.

Cut and Paste: Clippy (Cydia, Free while in Beta)
Apple's ridiculously delayed cut and paste solution looks slick. Slicker than Clippy, the best unofficial C+P solution, which still gets the job done though.

Tethering: iPhoneModem/PDANet (Cydia, Free)
Tethering via these jailbreak solutions works in the meantime, but be careful with how much data you use to not raise any eyebrows at the Death Star.

Email Multiple Photos: Emailpix (App Store, $US3)
Emailpix does it fairly smoothly, though, and gives you a choice of resolution to send to save time.

Bluetooth File Transfer: iBluetooth (Cydia, Free 15-day trial)
iBluetooth lets you pair with your computer to send and receive files. It's kind of buggy, but does work

Universal Search: Search (Cydia, Free)
It doesn't search your applications or your iTunes music like the 3.0 version, but Search is great for the most valuable searching situation: email. It also searches contacts, notes, SMS and the web.

Notes Sync: iPhoneNotes (Mac-only desktop App, Jailbreak required. Free)
To pull off native notes sync, make sure you have OpenSSH installed on your jailbroken phone and grab iPhoneNotes, which will import all of your notes and also sync back any text file you have on your computer.

Background Apps/Push Notifications: Backgrounder (Cydia, Free)
You can use Backgrounder to force official App Store apps to keep running even when you switch away to another app. It's great for keeping IM apps open and signed in while you do other things.

Landscape Keyboard: iRealSMS (Cydia, €10) and EasyWriter (App Store, Free)
For email, try the free EasyWriter App Store app, and for SMS, there's iRealSMS, which also adds a number of other features for hardcore texters like quick-replying and advanced sorting.

MMS: SwirlyMMS (Cydia, $8) and Get MMS (App Store, $4)
The best is SwirlyMMS, but even that doesn't work very well with AT&T's MMS provider

Get MMS, on the other hand, makes receiving MMS messages via AT&T's annoying web interface a little easier. It takes a screengrab of the login and password AT&T sends, and lets you save the attached video or photo.

Voice Memos: Epiphany (App Store, $2)
We love Epiphany, which buffers its recordings and only goes back in time to grab the important parts when you tell it to. 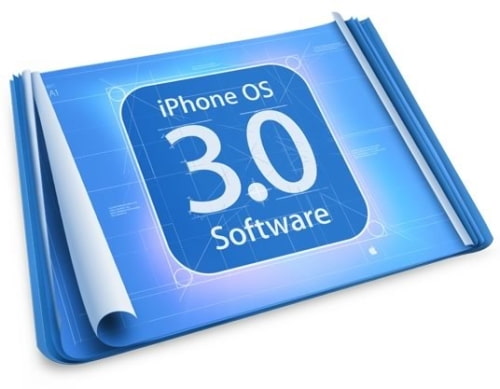 Dev - March 23, 2009 at 6:55pm
Point proven.. But, I would still rather have all of those features integrated into the iPhone.. Rather than having a mess of third party apps..
Reply · Like · Mark as Spam
0

Anonymous - March 23, 2009 at 8:32pm
i see your point, but trust me, as someone that has these, they are safe apps. if anything, theses individual developers take more time into making sure these features work rather than just shitting out a product and making hype about it for faster profit.
Reply · Like · Mark as Spam
2 More Comments
Recent