Apple has revealed that it will address an iMessage bug with an update to iOS 7, reports the WSJ.

Users are complaining that messages appear to be sent but are later updated with an exclamation mark indicating that they were not. Some users are able to resolve the issue by restarting their device or resetting network settings from Settings:General:Reset:Reset Network Settings.

“We are aware of an issue that affects a fraction of a percent of our iMessage users, and we will have a fix available in an upcoming software update,” says Apple. “In the meantime, we encourage any users having problems to reference our troubleshooting documents or contact AppleCare to help resolve their issue. We apologize for any inconvenience this causes impacted users.”

Notably, it was reported today that Apple has already seeded iOS 7.0.3 to employees and partners for testing. 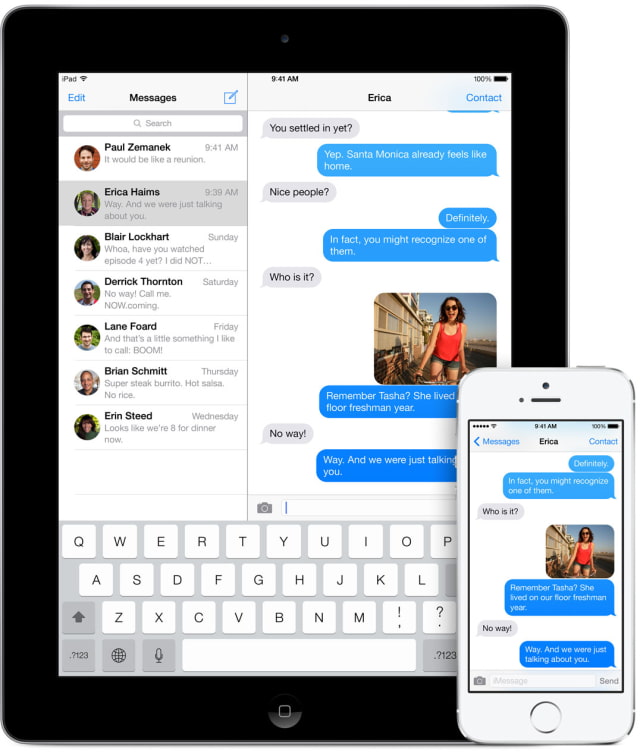 Jim from Boston - October 13, 2013 at 8:21pm
I also have the problem of iMessage not working (on my new 5s) with IOS 7. To give people some idea of how much this is happening, they told me this afternoon at the Verizon store that people are coming in "every day" with the iMessage problem and the data reset/reboot fixes only work about 1/4 of the time. Ugh Apple, this is not cool.
Reply · Like · Mark as Spam

Future ios 7 - October 13, 2013 at 8:28pm
Well making something unlike the way ios worked buggy before, it takes time for updates to come, so in the meantime I will get old icons, Siri, web, and everything from ios 6 and get it on ios 7!
Reply · Like · Mark as Spam

Rico - October 3, 2013 at 11:42am
I don't understand how Apple could release this iOS7 with all these problems, when they had nearly 2 months to check all the defects. This is really annoying! We just started using this software an only two weeks into it discover all of these issues, how come they didn't?!
Reply · Like · Mark as Spam

Samsucks - October 3, 2013 at 10:06pm
I think the beta offered a most performances of anything good or not, the official version offered the entire things that worked with more problems beta didn't have, maybe that!
Reply · Like · Mark as Spam
14 More Comments
Recent