Engadget has posted a hands on demo and initial impressions of the new Microsoft Project Natal, a code name for a revolutionary new way to play, no controller required.

Overall their impressions were very positive and the demo proved to function with accuracy. A source explained a how exactly the system operates...

The box uses two sensors for input: a video camera, and an infrared camera (that light you see in the press photo is either power, or some part of the IR setup). The infrared data is used to gauge depth and the video camera movement, but it's the software Microsoft has developed which is really doing the magic. We were shown an example of the raw output of the system, which melds the two sources and then breaks them down into a wireframe of objects, a heatmap (for depth), and a point-map (which is akin to one of those hand imprint needle toys). The software merges all of this together to create a picture of movement in the room, allowing for some pretty crazy detail of what is going on.

You can watch the hands on demo video below or hit the link for a more detailed write up of their experiences with the console. 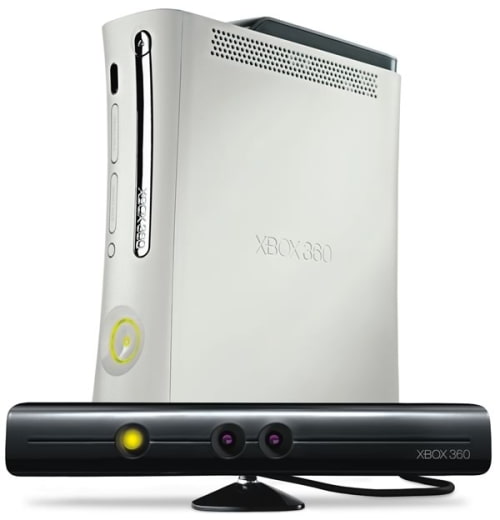