Visionaire Design has released its third iPhone application with Run From Hell. Run From Hell was designed specifically for the iPhone and iPod Touch, taking advantage of the touch-screen, sound capabilities, and high-resolution graphics. In the innovative game, there is a little demon trapped in the bowels of Hell. You have to get him to Paradise by jumping on the falling rocks without getting squashed between them, dodging the devils shooting fiery pitchforks, and not fall into the fire of hell that rises higher and higher.

Feature Highlights:
* There are 5 levels, with Paradise being at the end of the fifth level
* It appeals to all ages, from six to sixty-six
* The game keeps track of high scorers, so you can try to beat the top score
* A surprise waits in Paradise if you're good enough to make it there

5 levels of play that get harder at each level. But if you can get to the end of level 5 a surprise awaits in Paradise. This game is very addicting and you will play over and over trying to be the best score.

Pricing and Availability:
Run From Hell 1.5.3 for iPhone is offered at a special release promo price of $0.99 (USD) and available exclusively through Apple's App Store. This promo will last through July of 2009. 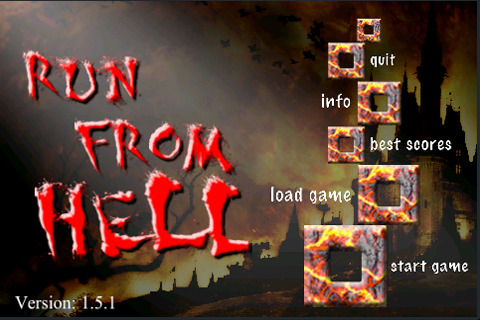 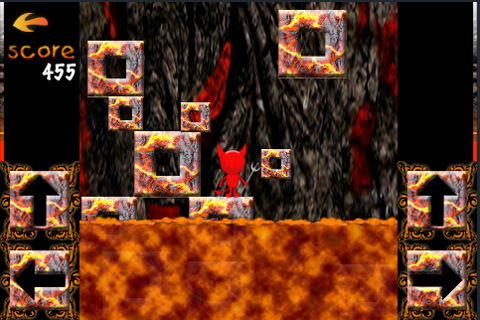