Apple will reportedly release a minor iOS 8.1.3 update sometime next week, according to several sources. BGR first got word that Apple was prepping an iOS 8 update for next week, although did not share whether it was a public or beta seed.

A separate source later confirmed to MacRumors that Apple was indeed planning a minor iOS 8.1.3 update for next week. The source claimed that Apple on Monday seeded iOS 8.1.3 build 12B460 to select retail employees for testing. This is the first time that Apple has seeded an iOS build early to retail employees, as previously reported.

Unfortunately, we do not know when exactly the update will be release, or what fixes it brings, so be sure to follow iClarified on Twitter, Facebook, Google+, or RSS to find out when it releases! 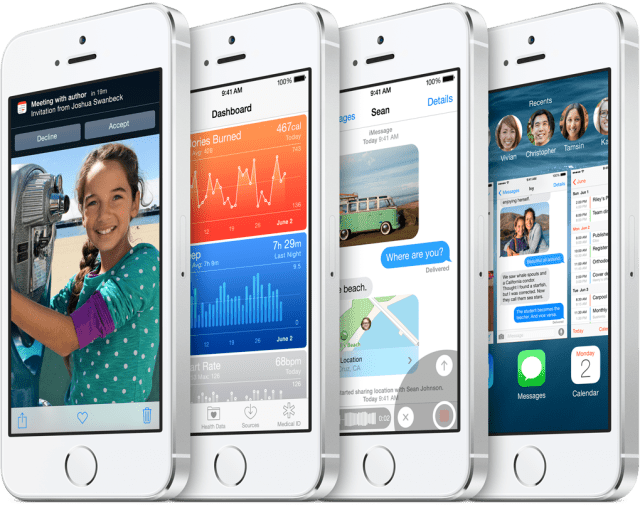 jjjj - January 13, 2015 at 10:00am
I use Apple products pretty much across the board (feel it's important to get that out there lest I be accused of anti-Apple fanboy sentiment). But iOS 8.1.2 remains a complete mess. Rotation locking within an app for no reason where you have to leave the app and come back in to get the proper orientation. Utterly broken video playback in Safari - loading progress not shown, seeking doesn't work properly, often the "Done" button ceases to work so only way to close the video is to force-close Safari. Broken Airplay - goes back to beginning of video when pausing video playing from Safari, exacerbated by seeking problems previously mentioned. Safari tabs crashing way more often than ever before. System services are seriously over-the-top in their use of location services. I could go on. I got excited when I saw the last two updates but all of the above either remains from 8.0 or was actually introduced in a patch in the meantime.
Reply · Like · Mark as Spam

jjjj - January 13, 2015 at 10:04am
In fact I will go on just to say two more things: iTunes Match is still broken years after introduction - I don't know if this is on an OS or on a network level, but if I have fast enough 3G speeds to stream high quality Spotify or HD video I don't expect songs streaming from iCloud to stop for buffering half-way. And, iCloud Photos has a very similar problem. Mostly it works fine, but random photos get "stuck" and take minutes to download the high-res version - all the while a "Loading" popup is in the centre of the screen so you can't even view the low-quality cached version.
Reply · Like · Mark as Spam

jjjj - January 13, 2015 at 12:35pm
I'm glad to hear that :) But many people are having these problems. Not sure what the policy on posting URLs is here, but a quick search on Google reveals plenty of people talking about most of these issues.
Reply · Like · Mark as Spam