Apple is making preposterous claims in its effort to prevent jailbreaking from becoming a legally acceptable practice.

Security researcher Christopher Soghoian reports that in a recent filing with the copyright office, "Apple has argued that consumers who wish to jailbreak their mobile phones and change the device's unique serial number must be drug dealers or other criminals."

[E]ach iPhone contains a unique Exclusive Chip Identification (ECID) number that identifies the phone to the cell tower. With access to the BBP via jailbreaking, hackers may be able to change the ECID, which in turn can enable phone calls to be made anonymously (this would be desirable to drug dealers, for example) or charges for the calls to be avoided.

Wired.com has also found some more ridiculous accusations in which Apple suggests jailbroken iPhones would be used to cause catastrophic damage to cellular networks.

“a local or international hacker could potentially initiate commands (such as a denial of service attack) that could crash the tower software, rendering the tower entirely inoperable to process calls or transmit data,”

“Taking control of the BBP software would be much the equivalent of getting inside the firewall of a corporate computer — to potentially catastrophic result."

“The technological protection measures were designed into the iPhone precisely to prevent these kinds of pernicious activities, and if granted, the jailbreaking exemption would open the door to them.”

Fred von Lohmann, is an attorney for the Electronic Frontier Foundation, a group founded to protect the rights of individuals. He notes that there are over a million jailbroken iPhones and this has never happened.

Apple's argument would make open source platforms such as Android a menace to society as well. Saying that a jailbroken iPhone should be illegal because its possible to do something illegal with it sounds like a very weak defense.

You can read more about the EFF's case against Apple here 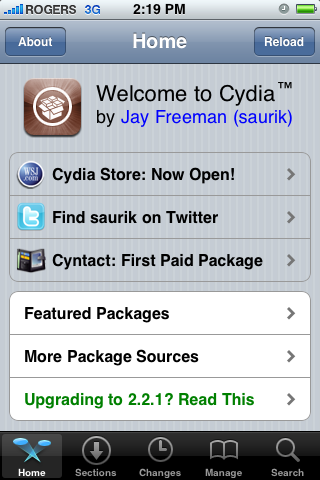 mz - August 1, 2009 at 7:14pm
If you guys thought this was bullshit, check out this article called "Apple Posts Anti-Jailbreak Support Document." its ridiculous. https://www.iclarified.com/entry/index.php?enid=4710
Reply · Like · Mark as Spam
0

BRIKZ - July 29, 2009 at 1:34pm
I don't sell drugs with mine but it helps me keep control of my flock of illegal prostitutes and how i sell children on the open slave market or harvest their organs for sale on the black market. I mean i can't have the govt listening in when i quote kidney or virgin prices can I? But thanks apple for not blowing the cover on me. I mean drugs. Pot's gonna be legal soon anyway so why worry about that.
Reply · Like · Mark as Spam
0

Mes - July 29, 2009 at 9:27am
It's obvious. Apple is running out of ammunition. So it's time to spew garbage and hope a few right-wingers will believe it. It the truth doesn't work, then lie..
Reply · Like · Mark as Spam
18 More Comments
Recent