Security experts say every iPhone in the world can be hacked with a single character SMS.

Speaking at the Black Hat cybersecurity tomorrow, Collin Mulliner and Charlie Miller plan to publicize a bug which will allow hackers to completely take over your iPhone.

According to a Forbes report, the flaw is found in the iPhone's handling of SMS messages. Using a series of mostly invisible SMS bursts, hackers can control all of your phone's functions. This includes dialing, web surfing, enabling the camera and microphone, as well as using the device to attack other phones.

"This is serious. The only thing you can do to prevent it is turn off your phone," Miller told Forbes. "Someone could pretty quickly take over every iPhone in the world with this."

Miller and Mulliner notified Apple about the vulnerability more than a month ago; however, the company hasn't released a patch. 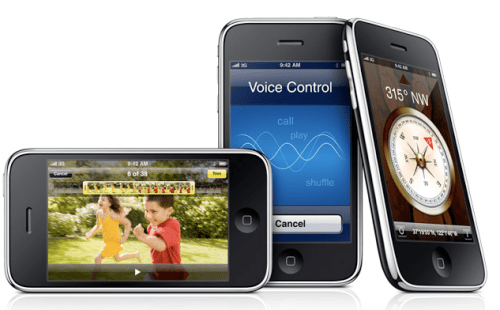 DiEtOM - July 30, 2009 at 2:41pm
Can we not please use this and DDoS MySpace, Twitter, FaceBook, as well as any other Social Networking Site all with tghe use of every iPhone in the WORLD I\'ll gladly sacrifice my iPhone to this cause.
Reply · Like · Mark as Spam

DistortedLoop - July 30, 2009 at 9:33am
A bunch of Apple Haters posting comments so far I see. Check out the Forbes.com article linked in the above artucke to see that it a similar flaw exists for Windows Mobile, and Android phones. You\'ll also read that it takes 512 consecutive SMS messages to the iPhone to activate the security flaw. Then read the comments on the article to see that whether Apple fixes it or not, the carriers (AT&T, etc) would likely block such messages just as part of their normal SMS SPAM protection protocol. Other easy defenses against this are to allow SMS from white-listed numbers only (AT&T allows this on their Web site), and of course you could cancel your expensive SMS plan from your carrier and use a new Google Voice number to have your SMS come to.
Reply · Like · Mark as Spam

D - July 30, 2009 at 1:14am
Two words: FCC Regulation all newer mobile devices are like that. There is RFGPS chips in the Mach 3 turbo razors for crying out loud. Soon (sooner than u think) their will be RFGPS chips in ALL drivers license\'s. If a hacker can acces than more power to them.
Reply · Like · Mark as Spam

Jay - July 29, 2009 at 7:51pm
Oh and here is a simple fix to that problem. If the problem is with jailbroken phones then you need to sell a phone that is Apple Jailbroken and Unlocked. Wow simple problem solved.
Reply · Like · Mark as Spam