Apple has announced that iOS 8 adoption is now at 77% as measured by the App Store on March 16th. That's an increase of 2% from March 2nd.

iOS 8.x adoption has been increasing slowly but steadily. The release of iOS 8.2 likely assisted in the 2% increase over two weeks. iOS 8.3 has already been seeded to developers for testing. 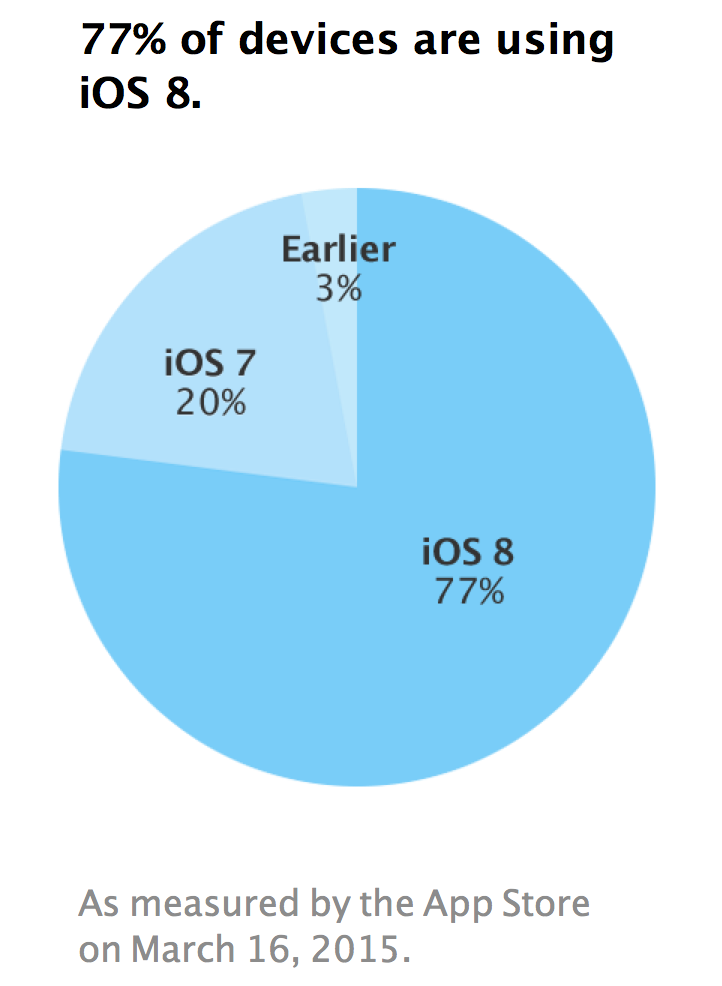 Lolwut - March 20, 2015 at 2:27am
It's great to see some appreciation but just because it barely increases keeps on constantly updating how very little it keeps coming back with adoption rates.
Reply · Like · Mark as Spam
Recent