Fiat Chrysler CEO Sergio Marchionne said he has visited the heads of both Tesla Motors and Apple during a recent trip to California. Marchionne noted he was "incredibly impressed" with what Elon Musk, CEO of Tesla, has accomplished. Additionally, Marchionne shared Tim Cook's interest in the automobile.

With regards to Tim Cook, Marchionne was not very specific: "He's interested in Apple's intervention in the car, that's his role." Marchionne declined to elaborate to describe his meetings with Musk or Cook in any more detail.

Rumors of Apple's electric self-driving car, codenamed 'Titan,' started earlier this year. Apple has already hired a team of experts, lead by VP Steve Zadesky, and is reportedly aiming to begin production as early as 2020. Marchionne's recent comments add more speculation on Apple's vehicle plans. A mysterious van leased to Apple with rooftop cameras was spotted in Palo Alto earlier this year, but some believe that van was Apple simply working on improving its Maps application.

Apple faces many challenges entering the automobile industry; however, given the company's vast resources and assets, it certainly can make an impact. 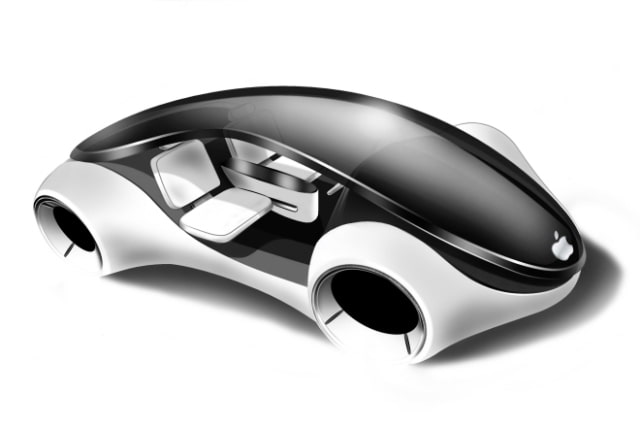 Ghost - May 12, 2015 at 11:39am
That's a load of crack pot bullshit Apple has no challenges the way apples does things are far different than what's already there. So STFU with that crap.
Reply · Like · Mark as Spam

the car lover - May 11, 2015 at 12:52am
To be honest the car industry needs companies like tesla and apple to innovate and move the car on, current car companies are too frightened to make something completely new and bold, instead just churning out mindless boring boxes with revamped headlamps and tailamps. I really hope that rather than trying to compete solely with existing segments they also come up with a completely new segment of car.
Reply · Like · Mark as Spam

TimCuckoo - May 10, 2015 at 11:45pm
Tim Cook is interested in Apple's Intervention in the car. Stellar observation. It must have passed everyone by, that there was a Project Titan tasked with designing and releasing a fully functional car by 2020. Everyone must have thought I was disinterested? LOL
Reply · Like · Mark as Spam

Verdict - May 10, 2015 at 11:21pm
Apple has more to lose than gain with an automobile endeavor. If the car loses control or catches fire, it will be Apple's first directly related deaths caused by Apple products.
Reply · Like · Mark as Spam
5 More Comments
Recent