Smartwatch maker Pebble is reportedly in some financial trouble, according to sources close to the company. TechCrunch reports that Pebble is having difficulties maintaining its growth and has turned to investors for a $5 million loan and a $5 million line of credit. Unfortunately for Pebble, it seems that most Venture Capitalists are turning down the company's request for funds.

Pebble just launched a successful Kickstarter campaign back in February and raised over $20 million with over 75,000 backers for the new Pebble Time smartwatch. The company received about $18 million after Kickstarter fees, but despite its success, it still needs additional funding to maintain growth and "stay afloat."

The source also noted that many employees were not satisfied with the direction the company was headed, especially with competition intensifying as Apple, Google, and more enter the smartwatch category. On the other hand some employees were cautiously optimistic that things would turn around and the company would find funding.

“We’re a young company. The outlook for Pebble is very positive,” said a current employee. “It’s been a remarkable journey thus far.”

It will definitely be interesting to see how, or if, competitors respond to Apple Watch and how they still remain successful in such a rapidly growing category. 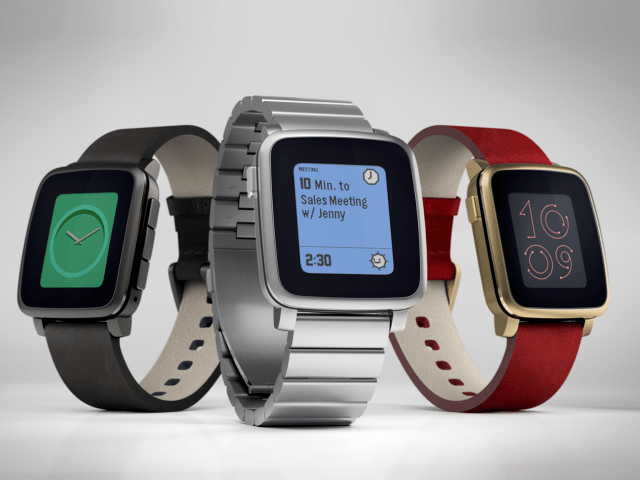 muzicabuna - May 25, 2015 at 6:32am
Pebble should get a touch screen and keep the display b&w, so it preserves longer battery life. Without a touch screen their smart watch is not easy to use. This will move many people away from them.
Reply · Like · Mark as Spam

bigjiba - May 23, 2015 at 3:53am
they are charging too much! if they bring their plastic model down to 50 or less and bring down the regular version to 100usd then they can do better as people can buy them as sort of gag gifts. it's 150usd for a pebble steel on sale. i bought a moto360 for 180usd and it's 10 times more beautiful than the pebble steel and 5 times more beautiful than an apple watch. it just looks cheap and they are charging too much. maybe they should think about something cheap like a simple fit bracelet with the color ink display. i can't really think of the answer for them. just that they are charging too much because of the competition. their best bet probably is to hope to get acquired by one of the big companies. the ceo buy some kneepads and visit some companies. i seriously gave it a hard look but it didn't even offer heart rate for the price. on the other hand, if they can make it completely water proof as in submersible for long periods, that would differentiate it. make it a real sports smartwatch. or they need to start partnering with companies. for example with go pro. they already have the app so sell go pro a big discount so they can package the go pro with the basic watch as a full package. really i hate pebble for asking money from crowd funding again, it's really so greedy of them. maybe the ceo should do the 1 dollar salary and show how much he loves the company.
Reply · Like · Mark as Spam

LDMc - May 23, 2015 at 3:47am
Boy, everyone is so quick to write off Pebble. I think they have positioned themselves just right. The Apple Watch will just seem too expensive and too complicated for some. When I realized that I could duplicate the most important functions of the Apple Watch for 1/3 the cost, seemed the right thing for me. I'm on board with a Pebble Time Steel and wishing them well. Don't listen to the haters.
Reply · Like · Mark as Spam

Ottifant - May 22, 2015 at 4:53pm
Looks like the big bad shark will eat the nice little clown fish... Even though the pebble is a no-nonsense product that does everything you really need much better than even apple's watch, it lacks glamor and bling-bling that people need to throw their money at... It's a shame and i hope pebble will escape in the last second.
Reply · Like · Mark as Spam
7 More Comments
Recent