TIME magazine is featuring Apple CEO Tim Cook on the cover of its March 28th edition, highlighting how important Apple's battle with the FBI over encryption and the security of our devices has become.

The FBI is asking Apple to build a backdoor into the iPhone allowing it to effectively request access to any customer's data with a warrant. Despite the hundreds of cases around the country where law enforcement is seeking access to an iPhone, the FBI chose to use the San Bernardino shooter's iPhone as the case to pursue in court. This was likely a well calculated decision to sway public opinion. 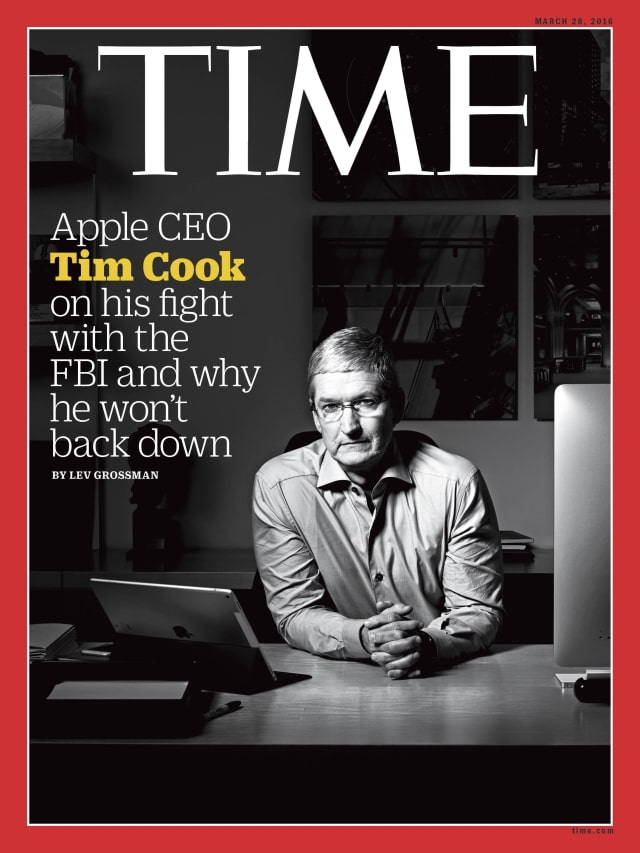 “We had long discussions about that internally, when they asked us,” Cook says. “Lots of people were involved. It wasn’t just me sitting in a room somewhere deciding that way, it was a labored decision. We thought about all the things you would think we would think about.”

Ultimately, Apple decided not to build the backdoor; however, the FBI decided to not only escalate the matter but take it public without informing the company.

The FBI could have filed its motions under seal but instead chose to take the matter public. Since then the two have appeared before Congress and fought a very public battle in the media.

"I do think this is something that I think will affect the wellbeing of citizens of the U.S. for decades to come, that will affect civil liberties for decades to come", says Cook. "This is of that kind of stature and of that kind of importance. As it was going, the steamroller was on. And our job was just to be rolled up under the steamroller. And that’s what they expected. I wouldn’t be able to live [with that] anymore, and nobody here would. It wasn’t just me. It’s literally almost the whole company feels like that. And yes, we understand the technology a lot more and so we see, we understand technically this thing deeply."

"We ward off attacks every day and so we have a working knowledge of the cyber landscape. That probably makes us more ultra sensitive to it. And we’re also believers in civil liberties. To me this is a part of the foundation of what America is. Right to privacy is really important. You pull that brick out and another and pretty soon the house falls."

You can read the full interview at the link below... 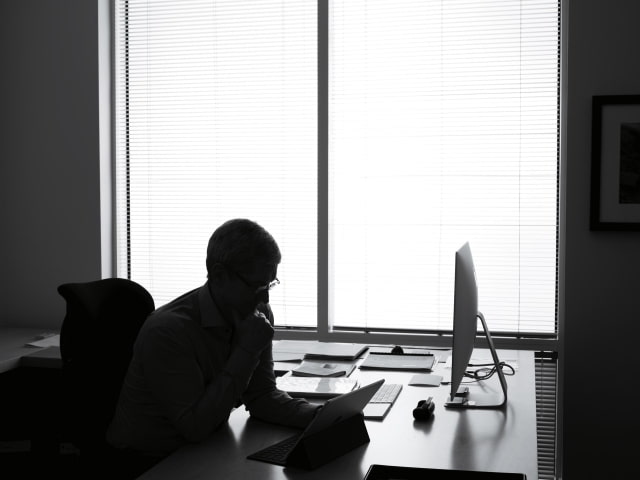 Mannnie dun yippie! - March 18, 2016 at 12:47am
Yea I see that your talking about, that cable rapped around the stand of the map then plugged into something that sorta looks like a track pad. I have no idea what that might be...
Reply · Like · Mark as Spam

Blake Willis - March 17, 2016 at 7:35pm
Does anyone happen to know what gadget he is using sitting just to the front left of the iMac? It appears to have a cable coming from it. This isn't some sort of wireless charger would it?
Reply · Like · Mark as Spam
3 More Comments
Recent