If you ask Siri "When is WWDC?" she replies:

The Worldwide Developers Conference (WWDC) will be held June 13 through June 17 in San Francisco. I'm so excited!

Apple has yet to announce those dates; however, they make sense given the schedule at Moscone West. The company will likely unveil iOS 10 and OS X 10.12 at the event and there is the possibility we could see new MacBooks as well. 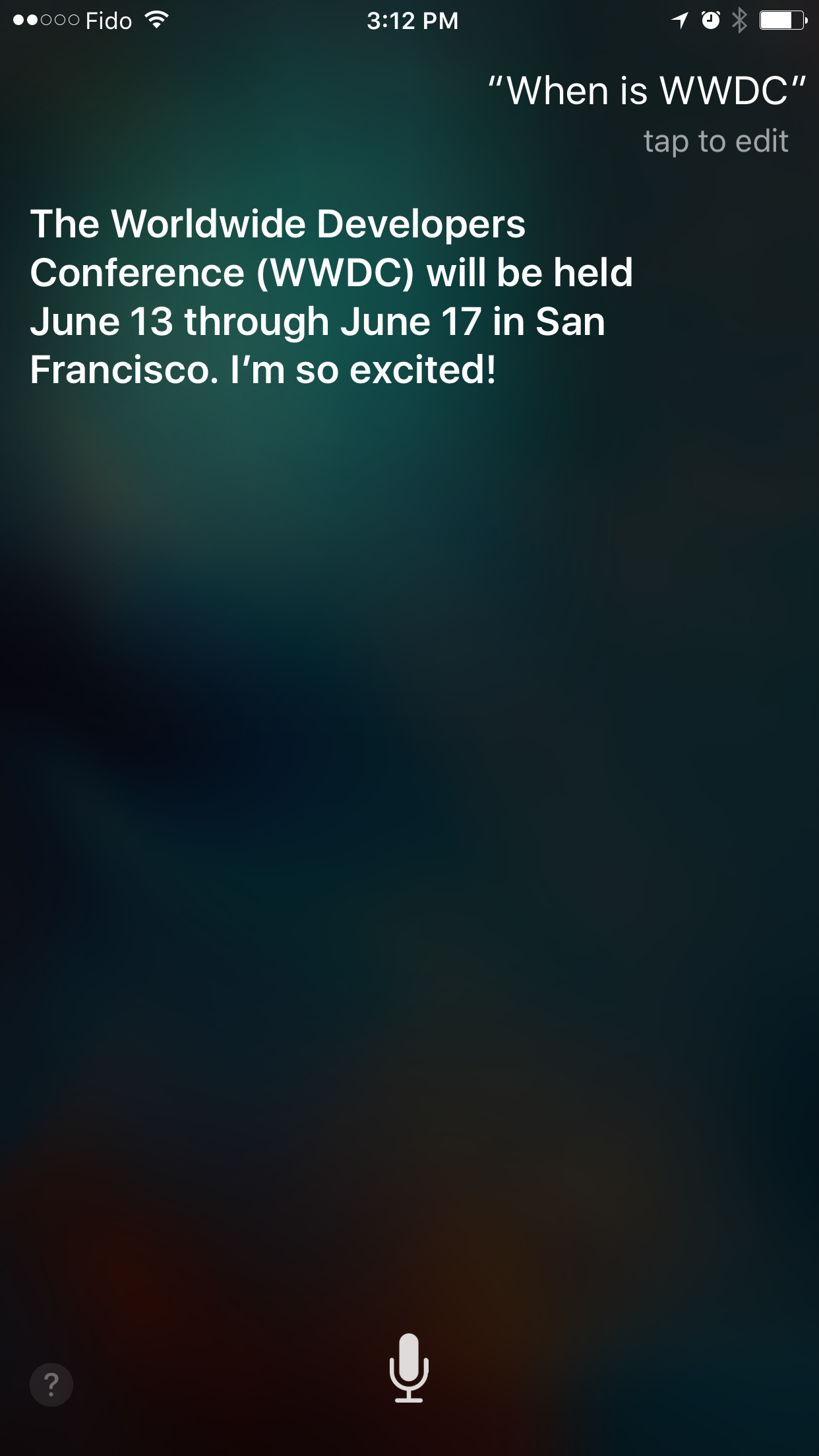