Apple has reportedly entered into a two year $9 billion contract with Samsung for supply of its OLED display panels, according to Korea's ET News via DigiTimes.

Based on the contract, Samsung Display will ship 70-92 million small-size OLED panels to Apple in 2017, said the reports. This means that about 30% of iPhone devices shipped in 2017 will come with curved OLED panels, given that Apple currently ships about 200 million iPhone devices a year.

Nikkei previously reported that Apple has ordered 70 million OLED panels but due to increased demand from Apple, Samsung is trying to ramp up capacity to 95 million units.

Yuanta Securities estimates that Apple will ship 100 million iPhones in 2017 and that 55 million of those will use the new OLED panels.

While Apple usually unveils its new iPhones in September there have been recent reports that suggest a launch in October or November of this year. Please follow iClarified on Twitter, Facebook, Google+, or RSS for updates. 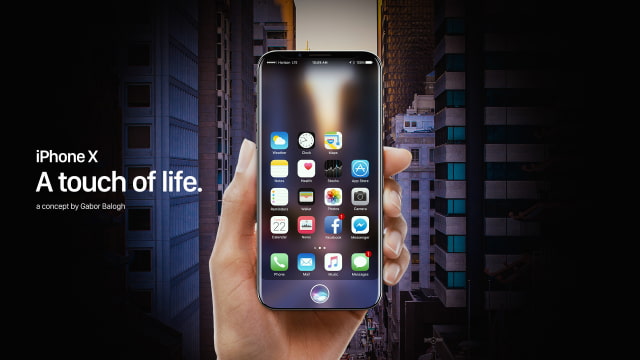 Irfy - April 6, 2017 at 2:50pm
Not a very good drop test... expected a lot from Apple... but expected even more from guerrilla glass 5 on the Samsung... come on Samsung if you raise the bar atleast hold true to everyday tests...
Reply · Like · Mark as Spam
Recent