Saurik shared new details on his iOS 11-11.1.2 jailbreak and the update of Cydia Substrate in a reddit post today.

The comment follows an issue encountered by Electra jailbreakers who updated to a new APT build recently pushed. Saurik warns not to install any of the packages he pushes if jailbroken with Electra.

FWIW, people using Electra are essentially using a fork of everything I've ever done that was put together by coolstar with no thought to how it would affect anything else I'm working on or will be releasing, either in the near future or in the distant future; so, if you have installed Electra, I would strongly recommend never installing any of the packages I push going forward: I have done no testing with Electra nor do I have any interest at all in spending time I don't really have to try to figure out how to maintain compatibility with Electra. I mean, I didn't even realize how insanely forked he was until I was told to check out this post by Optimo: this is kind of egregious, as he decided to release a package with the same name as one of mine and he even gave it the version number I would use for my next update?! If he is going to be trying to play the game "my packages are a fundamental upgrade to saurik's packages and will replace them going forward" he should have at least bumped the version epoch, not just bumped the maintainer version (the final part after the hyphen), and I can imagine even more drastic things that might have been even better solutions (maybe involving pinning, maybe involving architectures... there is a lot of nuance).

Most of the packages on the electra repo don’t have patches at all. They simply are compiled for arm64 & have necessary entitlements. (Except dpkg/apt which have a fix for system()) (reboot, su, login, sbreload and ldrestart are modified with 3 line patch). Only APT and Cydia on the electra repo are forks of saurik’s work. (Dpkg has one of saurik’s patches but is still from upstream) All other packages are the latest version from their respective upstream sources and are not forks of saurik’s work. He clearly posted that without checking at all any of the packages on the Electra repo, neither has he even checked whether APT pinning works in Cydia before suggesting it. (Works fine for command line, but Cydia completely ignores it)

Notably, saurik indicates that he will soon be ready to release a bunch of updates.

To put this in some kind of context, there are a bunch of updates that will be coming from me, probably in the relatively near future (I was sick for a number of weeks, which kept me from being able to make as much progress as I'd have liked, and then had a serious and unexpected issue with vnode limitations as I was stressing Substrate way too much and have been having to fix what I realized is actually a long-standing resource issue in Substrate--which may have also caused some of the "return of the vnode limit" issues in WinterBoard from a couple years ago that were reported by angelXwind--to pull it all off, but I think I have something that doesn't make me entirely sad). 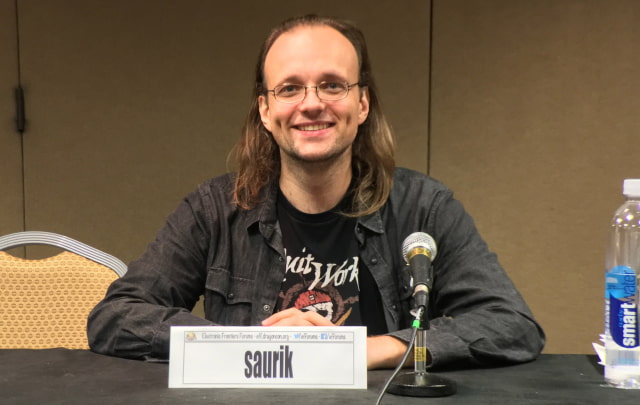 Jailbreakers? - February 28, 2018 at 5:20pm
To be honest, I think the hackers are just waiting for whoever’s going to pay them top dollars for the exploits. That’s why it’s been just teasers and not full jailbreaks. Hackers got to eat also. Jailbreak is dead. Sorry but no more free hand outs.
Reply · Like · Mark as Spam

SauriksCydia - February 28, 2018 at 3:57am
Near Future??? Well by then we will be old or iOS12 and that will be another Electra and another Sauriks future release
Reply · Like · Mark as Spam
7 More Comments
Recent