Apple is planning to ditch the notched display design found on the iPhone X in 2019, according to a new report from ETNews.

Apple decided to get rid of ‘notch’ design, which is an area at the top of a display that is concaved in. Its plan is to improve obstacles such as 3D sensor and camera module that were in the way of implementing a full-screen on the front of an iPhone.

“Apple decided to get rid of notch design starting from 2019 models and is having discussions with relevant companies.” said a representative for an industry. “It seems that Apple is planning to implement full-screen that is more complete to its new iPhones.”

It's unclear where Apple will place the receiver, front-camera, and sensors with a full screen. It's suggested that Apple could either drill holes into the OLED panel or use a BM (Black Matrix) area within the displays.

Last year, Apple said, “Our vision always has been to create a iPhone that has its front completely filled with a display.” Even as Apple works towards this, Android manufacturers are copying the notch on many of their new models. 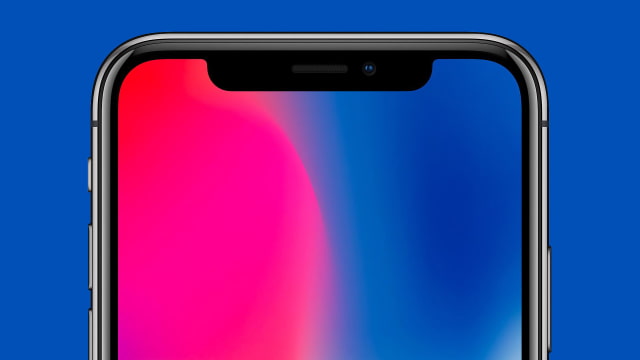 Psyclone - March 12, 2018 at 5:13pm
Personally I like the notch. Lets me know top Side of phone at a glance. Also better identifies the different swipe down point for notifications and dashboard.
Reply · Like · Mark as Spam

RavenousFallen - March 9, 2018 at 11:42am
The notch is just a large design flaw. It's very unlike Apple to have allowed that to be released as is. Steve Jobs would have taken Apple to brink of bankruptcy to get rid of that notch to have a spectacular unveil. Instead we were able to see the design flaw and the fix a few years later. That's very Microsoft of them.
Reply · Like · Mark as Spam

Branddaddyy - March 8, 2018 at 3:38pm
About F$&kin time. Like I said the notch is Fugly. Whoever likes this design has bad taste.
Reply · Like · Mark as Spam
8 More Comments
Recent