The Commission found that Google had imposed illegal restrictions on Android device manufacturers and mobile network operators to maintain its dominant position in search.

Google must now bring the conduct effectively to an end within 90 days or face penalty payments of up to 5% of the average daily worldwide turnover of Alphabet, Google's parent company. 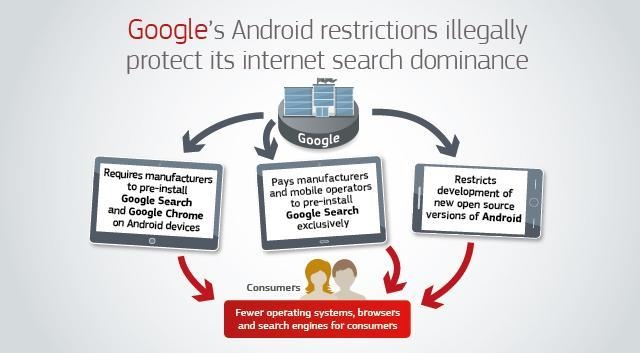 Commissioner Margrethe Vestager, in charge of competition policy, said: "Today, mobile internet makes up more than half of global internet traffic. It has changed the lives of millions of Europeans. Our case is about three types of restrictions that Google has imposed on Android device manufacturers and network operators to ensure that traffic on Android devices goes to the Google search engine. In this way, Google has used Android as a vehicle to cement the dominance of its search engine. These practices have denied rivals the chance to innovate and compete on the merits. They have denied European consumers the benefits of effective competition in the important mobile sphere. This is illegal under EU antitrust rules."

Here are the three actions by Google that were deemed inappropriate:
● has required manufacturers to pre-install the Google Search app and browser app (Chrome), as a condition for licensing Google's app store (the Play Store);
● made payments to certain large manufacturers and mobile network operators on condition that they exclusively pre-installed the Google Search app on their devices; and
● has prevented manufacturers wishing to pre-install Google apps from selling even a single smart mobile device running on alternative versions of Android that were not approved by Google (so-called "Android forks").

The EU says Google is liable to face civil actions for damages that can be brought before the courts of the Member States by any person or business affected by its anti-competitive behavior.

Google Europe has issued a statement confirming they will appeal the decision.

"Android has created more choice for everyone, not less. A vibrant ecosystem, rapid innovations and lower prices are classic hallmarks of robust competition. We will appeal the Commission's decision." 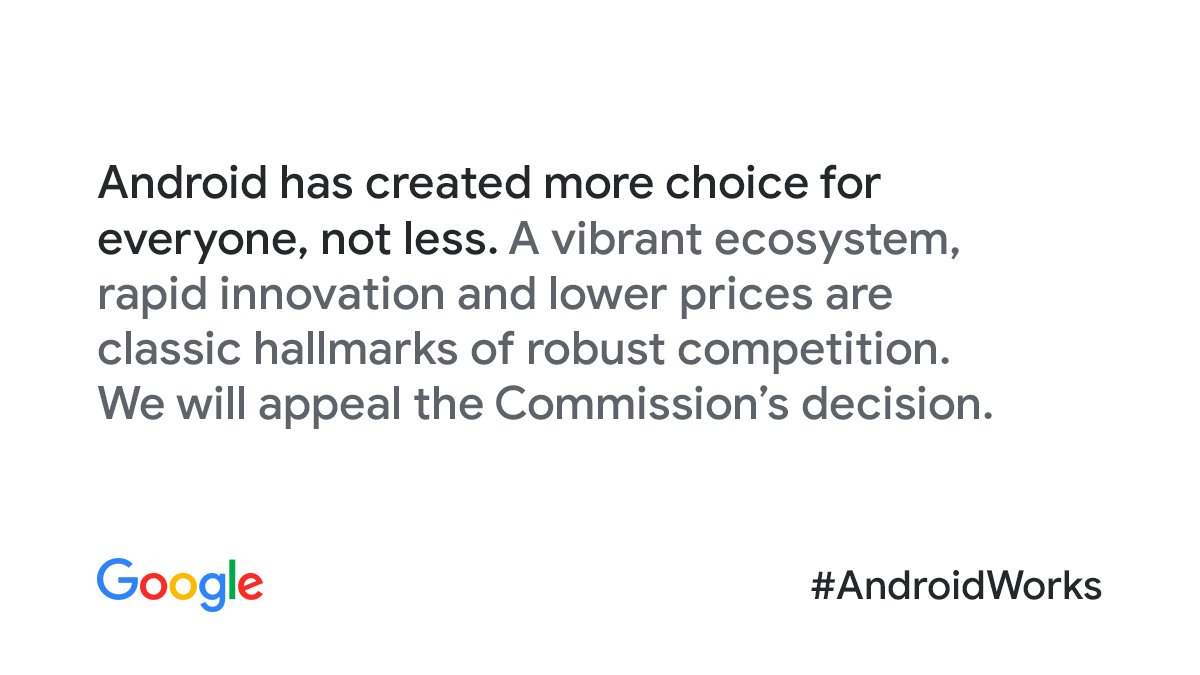