Facebook CEO Mark Zuckerberg was reportedly infuriated by comments Apple CEO Tim Cook made about the social network following the Cambridge Analytica controversy and ordered his management team to only use Android smartphones, reports the New York Times.

In an interview with Recode's Kara Swisher, Cook said:

"We care about the user experience. And we're not going to traffic in your personal life. I think it's an invasion of privacy. I think it's - privacy to us is a human right. It's a civil liberty, and in something that is unique to America, this is like freedom of speech and freedom of the press and privacy is right up there for us. And so, we've always done this. This is not something that we just started last week when we saw something happening. We've been doing this for years."

According to the New York Times, statements like these resulted in Zuckerberg ordering his management team to only use Android.

Mr. Cook’s criticisms infuriated Mr. Zuckerberg, who later ordered his management team to use only Android phones — arguing that the operating system had far more users than Apple’s.

Zuckerberg also shot back at Apple on Vox's The Ezra Klein Show:

"You know, I find that argument, that if you're not paying that somehow we can't care about you, to be extremely glib," Zuckerberg said. "And not at all aligned with the truth. If you want to build a service which is not just serving rich people, then you need to have something people can afford."

"I think it’s important that we don't all get Stockholm syndrome, and let the companies that work hard to charge you more, convince you that they actually care more about you," he said. "Because that sounds ridiculous to me." 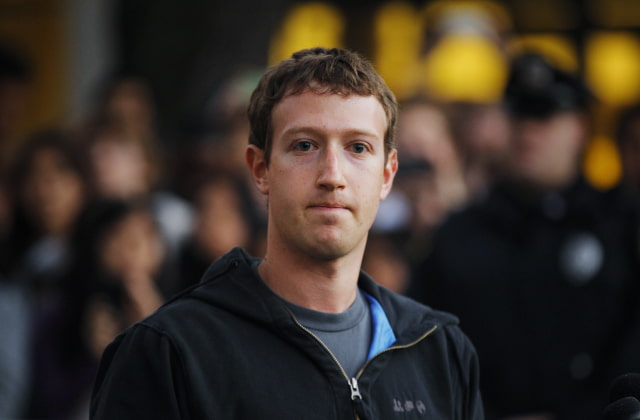 PaladinLV - November 16, 2018 at 5:38am
Does anyone really care what Zuck the Schmuck or Cook the Crook have to say, think, or does?
Reply · Like · Mark as Spam

PaulieP - November 15, 2018 at 3:28pm
Marky can suck a fat scholong. Facebook will die and we will have a replacement soon I hope. Twitter is pretty okay but seriously, quit being a lil biatcch Zuckerbaby.
Reply · Like · Mark as Spam

robertdes69 - November 15, 2018 at 9:00am
get a life suckerburg if you want a high quality item you have to pay beaf up your security like apple so you dont get hacked and stop selling our information asssssshole
Reply · Like · Mark as Spam
3 More Comments
Recent