White Panda, a DJ and music producer, says his MacBook Pro exploded during 'normal use'. He described the harrowing situation in a post on reddit.

It was on my lap, plugged in, and suddenly started to spew smoke out both sides. I quickly placed it on the floor where it popped, the smoke increased, and it caught fire. Toxic smelling smoke filled my house triggering smoke and CO alarms. No one was injured, thankfully, but there was some damage to my home. The situation could have been much worse - imagine if I had been on a plane. 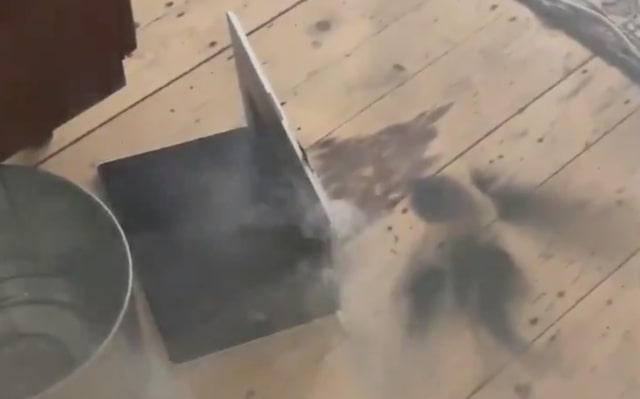 Using gloves, White Panda was able to move the scalding hot computer from inside to the porch. After about an hour or so, he took the notebook to the Apple Store. While they understood the severity of the situation they said nothing could be done until the device spent 24 hours in a fire-proof safe after which they would call him with an update.

I reached out today and was told it had been "escalated" and I should hear something within FIVE days. I produce music for a living - FIVE days without my computer is unacceptable. It seemed like a worthwhile piece of information to share with the world, so there you have it.

My MacBook Pro exploded today during normal use. No injuries, luckily. Some damage to the house. Could have been worse - good thing I wasn’t on a plane.

NoGoodNick - May 30, 2019 at 10:39pm
Sadly, while we all know (hopefully), not to overheat lithium batteries, they DO spontaneously explode from time to time. It’s considered an ‘acceptable risk’ within the industry and covered by their insurance, but clearly, they DON’T want it hitting the press. They should cover losses, but ‘expedited’ means they’re looking for ANY excuse to blame the user!!!
Reply · Like · Mark as Spam

A-Non-E-Moose - June 3, 2019 at 8:25pm
Like the MacBook Pro butterfly keyboard design, they always blame the consumer
Reply · Like · Mark as Spam
Recent