Apple purportedly owes Samsung Display hundreds of billions of won in penalties for not meeting minimum orders as part of its contract to secure a supply of OLED displays, according to ETNews.

Samsung Display had invested in an A3 plant which is able to produce 6G flexible OLED panels. Dubbed 'Apple-only' the plant is reportedly capable of producing 105,000 sheets per month. However, sales of the iPhone X and the XS were less than expected and as a result the utilization rate of the A3 line has allegedly dropped to below 50%.

An industry observer said, "Apple demanded to build a factory in Samsung Display with about 100 million OLED panels a year or so, but the actual market demand was not very large."

Although Apple may owe a penalty under its current contract, it's likely that the company will negotiate the penalty into a future deal rather than pay it.

Another industry official said, "We know that Apple has offered multiple options to Samsung Display, including conditions for adopting OLEDs for other products such as tablets and notebooks." Samsung Display also experienced some performance bottlenecks in the parts delivered to Apple. "We have been charged with a small penalty, and we are considering various solutions as there is a cost to them to ask each other. "

If Samsung does receive the actual penalty it may be able to improve earnings in Q2, 2019. 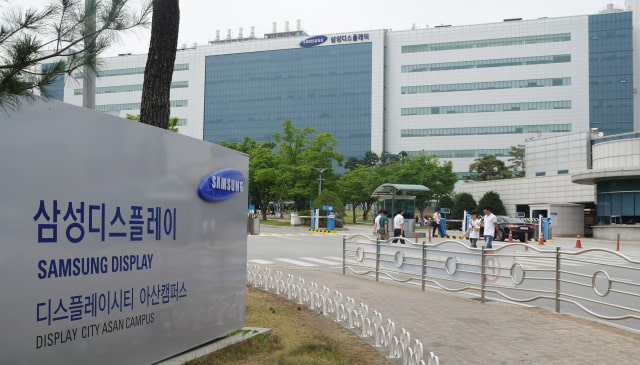