“While the biggest growth in the market for smart speakers is in the holiday fourth quarter, Amazon Echo and Google Home continues to grow their installed bases in the past couple of quarters,” said Josh Lowitz, Partner and Co-Founder of CIRP. “The market grew by 9% in the second quarter, and more than 50% year over year. Including Apple HomePod, all three major producers have maintained steady shares of the market in the past year. Continued aggressive pricing of the entry-level models seems to continue to encourage new customers to try a smart speaker and existing owners to consider adding more devices to their home.” 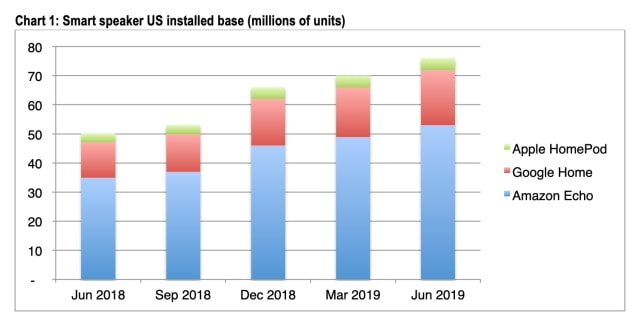 Notably, the percentage of smart speaker owners with the lowest-priced entry-level model is still very high, exceeding 50%. There was a rumor that Apple would introduce a lower priced HomePod last year; however, that never materialized. Meanwhile, Amazon and Google continue to release smart speakers with improved audio quality and a wider range of capabilities.

“The two leading producers have continued to introduce higher-end models with screens and upgraded sound,” said Mike Levin, Partner and Co-Founder of CIRP. “Despite that, the market is dominated by the lowest priced models. Both Amazon and Google seem to be aggressively trying to capture households that will be loyal to the Alexa or Google Home operating system. The next frontier is monetizing those platforms.” 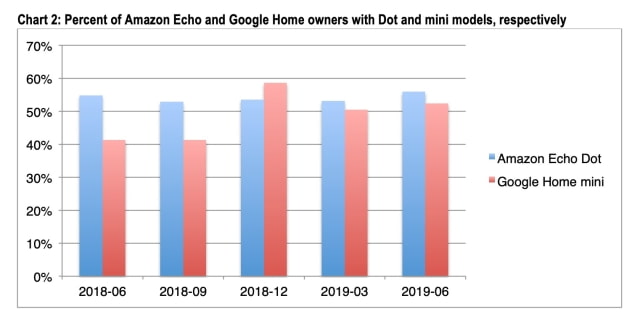