Siri
● Siri suggestions appear in Maps when you ask HomePod for information about a location
Web search requests to HomePod can be sent from HomePod to your iPhone
● Siri can now stop alarms, timers, and media across HomePod speakers
● Voice recognition support for Podcasts for multiple users in the home

Other improvements and fixes
● Add music to your alarms and wake up to your personal song, playlist, or radio station from Apple Music
● Fixes an issue where stereo pairs can sometimes play out of sync
● Improves reliability when using Siri to control multiple speakers
● Optimizes Siri performance

To update the software on your HomePod:
1. Make sure that your device is updated to the latest version of iOS or iPadOS.
2. On your device, open the Home app and tap Home in the upper-left corner.
3. Tap Home Settings > Software Update. Tap Install Updates Automatically to turn automatic updates on or off.
4. If there's a new update, tap Install. This will install the update on all of your HomePod speakers you have set up in your home. Software Update will also tell you if your HomePod is already up to date, and show you the installed HomePod software. 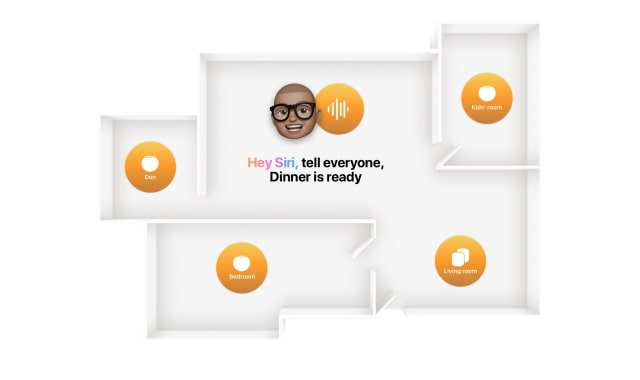