Apple is working on future improvements to Find My iPhone which could allow a user to selectively protect data, remotely scramble data instead of erasing it, and transmit surveillance info back to the owner, according to Patently Apple.

This information was found in a new patent application from Apple. 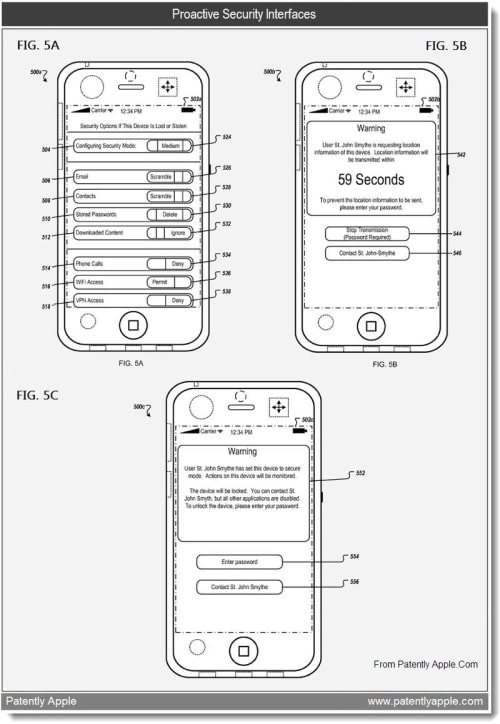 Notch - June 17, 2011 at 1:42pm
Step 1: take old sim card out. Step 2: put new sim card in. The problem is not losing your data, it\'s losing a $500 phone. If apple wanted to fix things, track the serial and report stolen phones to AT&T so they cannot connect. Everything short of this is proof of conspiracy.
Reply · Like · Mark as Spam

nsx92 - June 16, 2011 at 1:51pm
Once you\'ve lost your iphone say good buy to it... It really doesnt matter most pple even if they can\'t use it with any providers they are going to use it as Ipod...so who cares... What Apple should offer a warranty if lost or damaged ..they will replace it. I would pay $10 a month if att could offer such program... I dont want even think bout losing my iphone 4.. I could careless about this app find my iphone... Its a waste...no1 will give back to you...specially if a kid finds it youa re fucked
Reply · Like · Mark as Spam

greg22 - March 11, 2014 at 7:10pm
Minecraft Cuenta Premium Mine used to be Final Fantasy VII (a.k.a favourite game ever) on a yearly basis until I realized I knew the game a little too well, so I've had a lengthy break from it. Otherwise I keep a steady stream of games on the go. There isn't really any one in particular I return to out of habit.
Reply · Like · Mark as Spam

DacksMac - June 16, 2011 at 1:29pm
Funny, all someone has to do is hold the power button once they steal a phone to cease all communication with the device. HOW ABOUT WE TURN OFF THE ABILITY TO USE THE OFF SWITCH IF THE PHONE IS LOCKED?!?!?! HELLO!!! Not every knows how to put an iPhone in DFU mode to wipe it, the most they know is power it off.
Reply · Like · Mark as Spam
Recent