The Dusseldorf Regional Court has once again upheld a preliminary injunction against the Samsung Galaxy Tab based on the alleged infringement of a Community design, reports FOSS Patents.

The same court had granted the injunction on August 9 wih EU-wide scope except for the Netherlands (where Apple was pursuing a separate case), then suspended the cross-border part a week later (thereby limiting its geographic scope to Germany), and held a post-injunction hearing on August 25 (at which it was still upheld and a post-hearing decision scheduled for today).

Samsung could now try to appeal the decision to the Oberlandesgericht Dusseldorf (Higher Regional Court) in another fast-track proceeding there. The main proceeding in the Regional Court will continue whether or not the matter is appealed to a higher court.

FOSS Patents notes that in announcing the decision the judge didn't say "Galaxy Tab 10.1" -- she just said "Galaxy Tab" which likely refers to any current or future models based on that design. 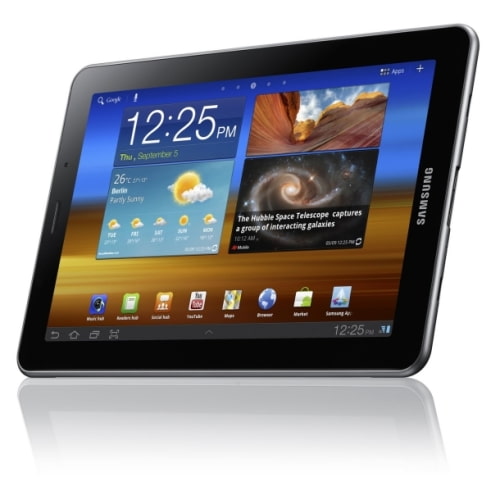 Kroo - September 9, 2011 at 10:38pm
Samsung, the copyist king gets what it deserves. It copied Sony for decades, and got away with it, they copied Nokias phone and got away with it, now karma has come home. Before the iPad, previous tablet attempts looked nothing like it. Some had handles, some had detachable keyboards, some had flip screens, and some had dozens of buttons. The galaxy was just another rip off. Show me one original Samsung device and I'll shut the fuck up. A rectangular tablet with black bazeel and home screen with apps in grid formation. That's what apple did and have a right to protect. Let Samsung innovate something for a change!
Reply · Like · Mark as Spam
Recent