IHS iSuppli is predicting that Windows Phone will surpass Apple's iOS by 2015.

Largely based on Nokia's strong support, Windows Phone is set to regain the No. 2 rank in the smartphone operating system in 2015. Finnish-based Nokia in 2009 lost its second-place worldwide ranking because of rising competition from Google Inc.'s Android and Apple Inc.'s iOS.

According to their analysis, in 2015 Windows Phone will account for 16.7% of smartphones shipped, up from less than 2% in 2011. The boost is predicted largely because of Nokia's support for the operating system.

"One of the hottest new products unveiled at the Consumer Electronics Show was the Lumia 900, a Windows Phone-based smartphone sporting a flashy set of features that makes it competitive with the best alternatives offered by the Android camp," said Wayne Lam, senior analyst for wireless communications at IHS. "This hot product represents Nokia's first step to reclaim its market share. Combined with Nokia's efforts to drive the development of the Windows Phone ecosystem, the Lumia 900 and its successors will help Microsoft to reclaim its No. 2 ranking in smartphone operating system market share in 2015." 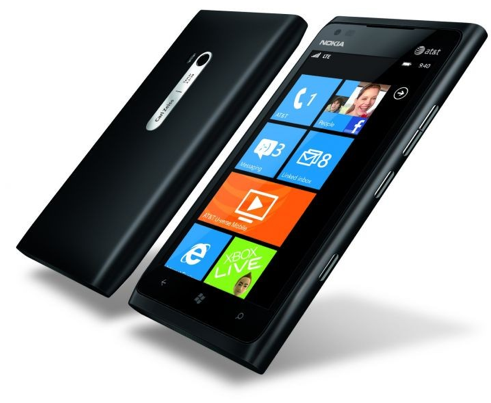 Ej fudd - January 23, 2012 at 10:24am
Every new phone is an iPhone killer .. Like the crackberry storm. How did that go ? If all phones are trying to beet the iPhone get the one others are trying to copy
Reply · Like · Mark as Spam

Someone - January 23, 2012 at 6:16am
Will this nonsense ever stop?! Android and windows are operating systems only while apple makes both hardware and operating system.. You can only compare apples with apples ... Get it!?!!
Reply · Like · Mark as Spam

lofi - January 23, 2012 at 3:38am
android will reign supreme for the near future. android has become the symbian os of this generation. with so many phones using it from different manufacturers and different phone specs, no one persons experience with an android phone is the same as another. with spec differences like that, its the reason app designers port to android and write for ios. who wants to design for a bunch of different processors and a bunch of different screen sizes. its ok to be behind in sales in budget phones, thats where nokia has reigned supreme for so many years, but if windows thinks their blocky bloated os is the future, they may want to think twice.
Reply · Like · Mark as Spam
8 More Comments
Recent