The iPhone Dev-Team has released a tethered iOS 5.1 jailbreak for non-A5 devices.

Those with devices earlier than the iPad2 can test the 5.1 jailbreak waters if they really want to, using redsn0w 0.9.10b6. We strongly suggest that you read this warning before you consider doing this.

Details:
● This is a *tethered* 5.1 jailbreak for non-A5 devices. You'll need to use redsn0w to "Just Boot" your device every time it power cycles, otherwise jailbreak apps won't work (neither will Safari).
● If you use ultrasn0w for your carrier unlock, be sure to use a custom IPSW to get to 5.1 first! Don't ever restore to a stock Apple IPSW! Use redsn0w's "Custom IPSW" button to create a NO_BB_* version of the 5.1 IPSW and restore to that instead of the stock one. (That option is available only to 3GS and iPhone4-GSM owners.) ultrasn0w itself will be updated for 5.1 in the next few days (same baseband support, not 5.1's baseband).
● If you're lucky enough to have an old-bootrom 3GS, this jailbreak is actually untethered (redsn0w will figure that part out automatically).
● While we were at it, we added @pod2g's steaks4uce exploit to support MC models of the iPod touch 2G (whose last firmware was 4.2.1). So now redsn0w will auto-detect and jailbreak both MB and MC versions of that older device.
● iBooks won't work until a future update of redsn0w

You can download the new version of redsn0w from here. 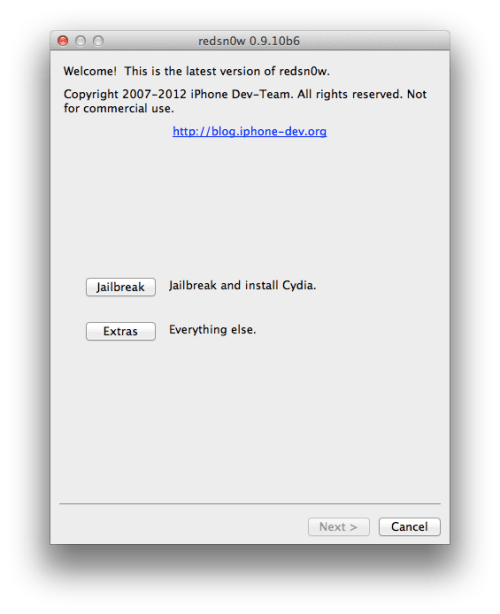 2fix - March 8, 2012 at 11:16pm
Assman, you are being a dick. they are doing this for free. You should be thankful they at least released it. If you want untethered JB, make it yourself.
Reply · Like · Mark as Spam
5 More Comments
Recent