Steve Wozniak says for looks and beauty he definitely savors Windows Phone 7 over Android in an interview with ANewDomain.

"I'm kind of shocked. Every screen is much more beautiful than the same apps on Android and iPhone," Wozniak told the site, referring to Windows Phone 7.

The Verge notes that He's so impressed by it, in fact, that he defines the experience of using a Windows Phone as feeling like you're "with a friend not a tool." In his mind, navigating Android is a much more cumbersome experience, to the point where he sees "no contest" between that OS and Windows Phone - Microsoft's software is much more to his liking. He even goes on to say that iOS is "more awkward" in its interactions than the Lumia phone he's presently using, though his favorite smartphone still remains the iPhone. The deficit of third-party apps for WP is something he acknowledges as holding that platform back. 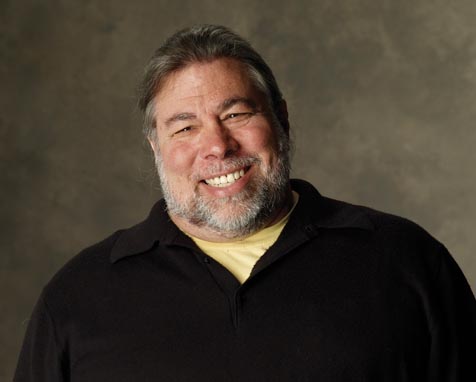 blero - April 29, 2012 at 11:35pm
He is obviously doing this grab media attention. He is a forgoten history. Let him wait in line to get Apple products.
Reply · Like · Mark as Spam

Marco Polo - April 29, 2012 at 6:57pm
What an ass Wozniak is. Now that Steve Jobs is dead, this fatty tries to make media appearances trying to cash in on his absence. Where was he while Steve Jobs was alive, probably rotting in some shelter for homeless people. What a pity!!
Reply · Like · Mark as Spam

Gigi - April 29, 2012 at 1:37pm
subliminal message is simple, buy WP, not Android cause IOS sales are good anyway :P The fat one is smart
Reply · Like · Mark as Spam
25 More Comments
Recent