Apple today released iOS 6.1.1 for iPhone 4S users only. This follows reports that a bug in the iOS 6.1 firmware was affecting 3G performance for numerous customers.

Vodafone recently told customers "We’re aware of an issue caused by Apple iPhone 4s handsets that have been upgraded to iOS 6.1 which impacts performance on 3G." The carrier also recommended "that anyone who has not yet installed iOS 6.1 on their iPhone 4s should delay doing so until Apple has confirmed that their problem has been fixed."

According to the release notes, "This update fixes an issue that could impact cellular performance and reliability for iPhone 4S."

You can get the update from Software Update on your device or download the ipsw directly from here. 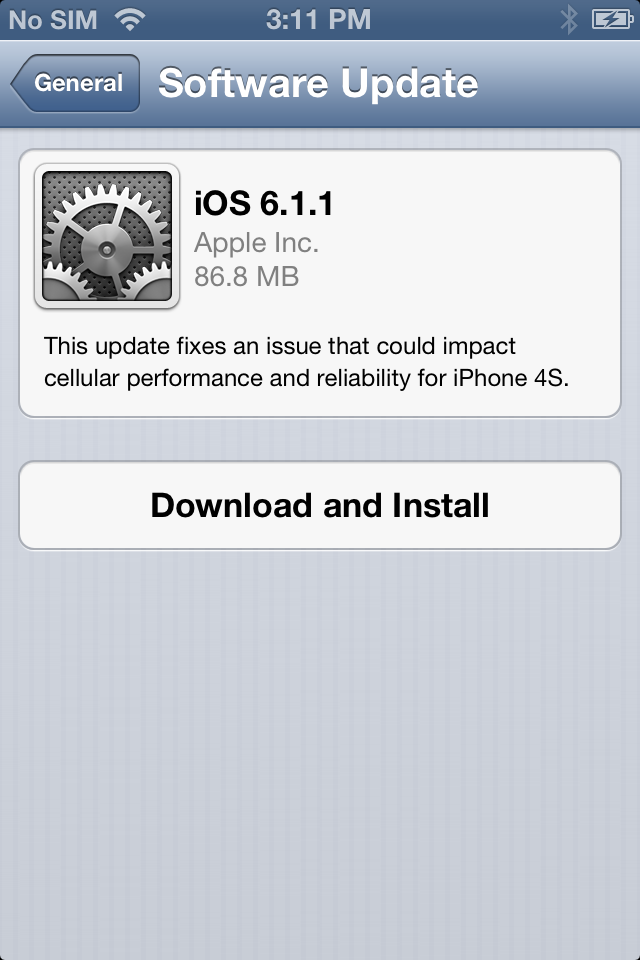