KGI Securities analyst Ming-Chi Kuo reports that issues with manufacturing a Retina Display iPad mini will push its production to around October; however, he suggests Apple could release a low-cost iPad mini in the meanwhile.

In a report obtained by AppleInsider, Kuo notes that a more affordable iPad mini would help boost sales and fend off competitors until the company was ready with its Retina Display iPad mini. The tablet would reportedly be priced between $199 and $249.

In his eyes, Apple could take a number of approaches to reducing the cost of building an iPad mini. His proposed options include removing the rear camera, reducing internal storage to 8 gigabytes, simplifying production of the metal casing, or using a more advanced process to build the A5 processor.

Apple is also said to be preparing a fifth generation iPad with a redesigned frame similar to the iPad mini; however, it's not believed that this will provide Apple with a significant boost in sales.

"We think Apple will stay competitive in the tablet market over the long term as it releases new and exciting products," he said. "But with product launches pushed back and competition getting fiercer, Apple and the iPad supply chain will have to wait until (the fourth quarter of calendar 2013) for significant growth." 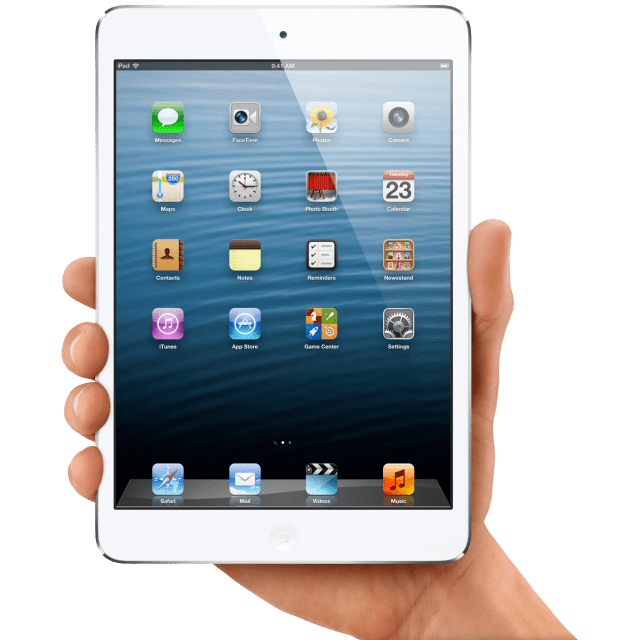 africano mastermind of old times - April 29, 2013 at 4:50am
they have a lot nerve to still manufacture that crap in white
Reply · Like · Mark as Spam

reallydude - April 29, 2013 at 9:29am
really dude you have alot of nerve to even to even write tthat, who care what you think a multi billon dollar comppany should do. you talk bad about them but then will be standing in the line when its being released
Reply · Like · Mark as Spam

Bulshit king - April 29, 2013 at 4:40am
Whole USA is on decline taking the whole world with it because wants to be nice to a pice of shit mulato president. That only show white master race and other race loser suckers USA get A for trying bullshit
Reply · Like · Mark as Spam

You're a retard - April 29, 2013 at 12:11pm
I didn't notice that the USA was trying to be nice to Obama, thanks for pointing it out to us, now I see what the problem is. All this time I thought it was that people want stuff they can't afford, they don't care what their government does, have no understanding of the constitutional checks and balances, care little for the rule of law and their rights, have zippo understanding of basic economics, and believe in fairy tales like American exceptionalism. But now I see that all the problems are caused by the skin color of the president. Thanks, dude.
Reply · Like · Mark as Spam
6 More Comments
Recent