Earlier today it was reported that China Mobile had ordered 1.4 million iPhone 5s units from Foxconn, kicking off the partnership the company has with Apple.

Today, in a media briefing to select Chinese media, Apple CEO Tim Cook shared his optimism for the partnership.

Speaking in a small media briefing to Chinese media and The Wall Street Journal, Apple Chief Executive Tim Cook said he is "incredibly optimistic" about the outcome of the cooperation with the Chinese carrier.

"We've gotten to know each other....today is a beginning, and I think there are lots more things our companies can do together in the future," Mr. Cook said. "As of this weekend we will be selling iPhones in more than 3,000 additional locations," Mr. Cook said. "China Mobile already has a reach to many cities that Apple does not have a reach to."

"Apple has always been about making the best products, not the most products, so that's always our North Star and that's not going to change ever," said Mr. Cook.

China Mobile Chairman Xi Guohua said that already they have seen 'multi-millions' of iPhones ordered by its customers, indicating strong demand for the device. China Mobile is the world's largest carrier, however Apple will face tough competition in the Chinese market from cheaper Android devices. Nevertheless, some analysts still expect strong sales from the company. 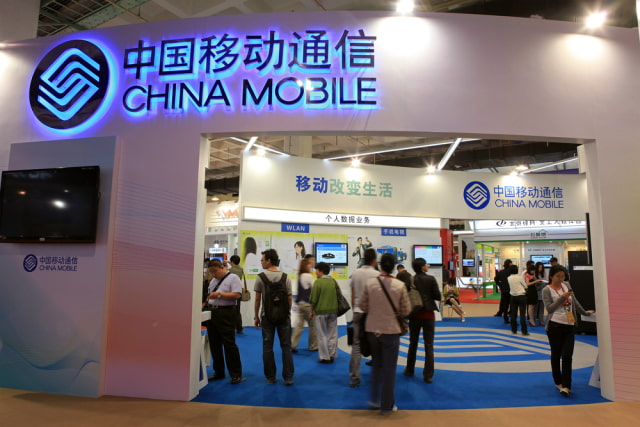