DisplaySearch has posted what they believe may be the display sizes for the iPhone 6, iWatch, and new iPad. At CES 2014, the firm saw several new display sizes, resolutions, and features which indicate potential industry directions.

The tables below list the new display models we may see in 2014. Of course, not all of the panels listed here will go into mass production, as panel maker strategies can change. But there will be other new models not included here. With so many new panel models launched in 2014, it will be a year for display innovation.

Finally, a new 12.9-inch iPad would potentially feature a 2732x2048 display. Interestingly, the KoreaTimes says that displays for a 12.9-inch iPad are already in production.

Do you think these display sizes are optimal for Apple's future devices? Let us know in the comments! 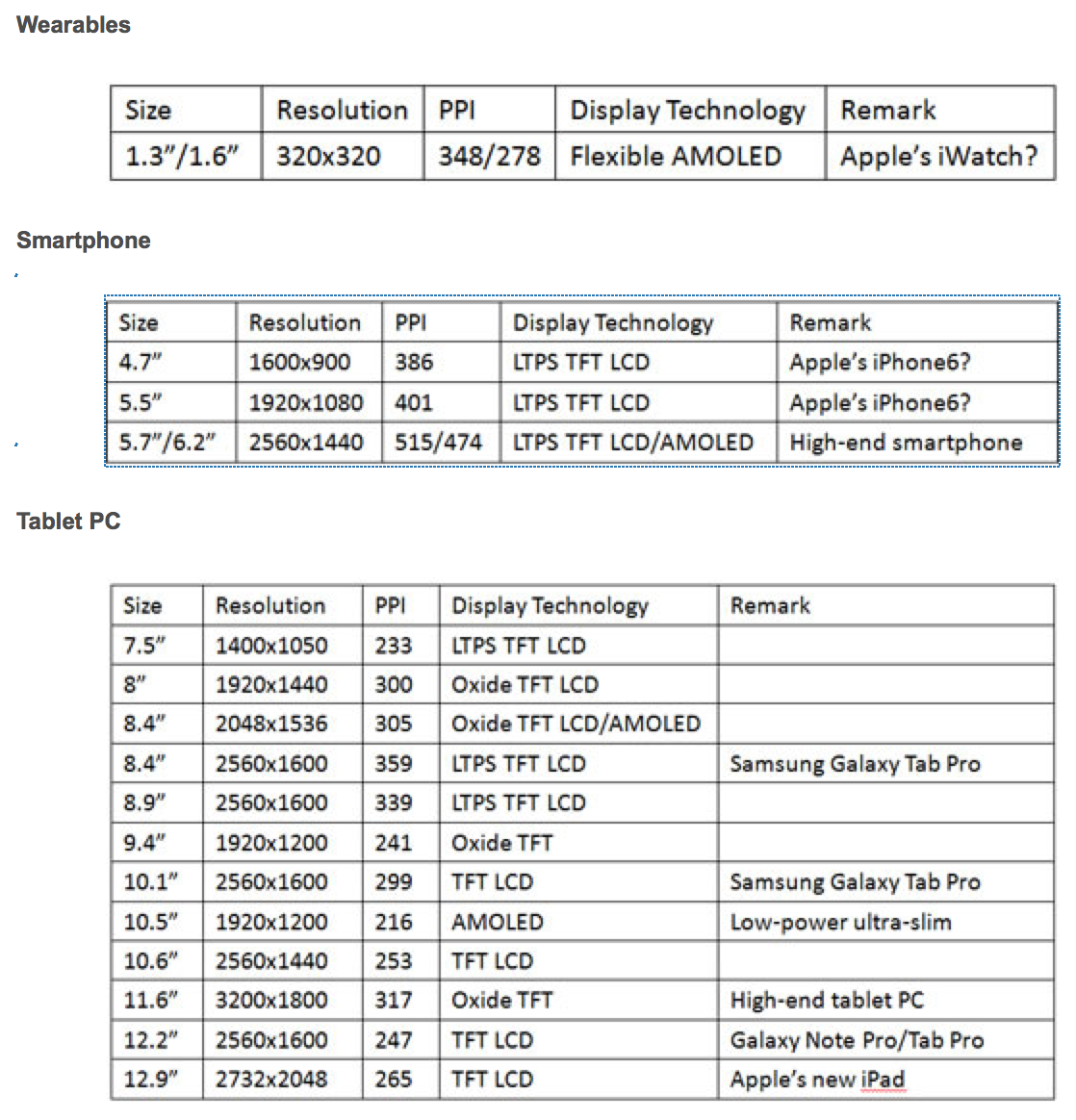 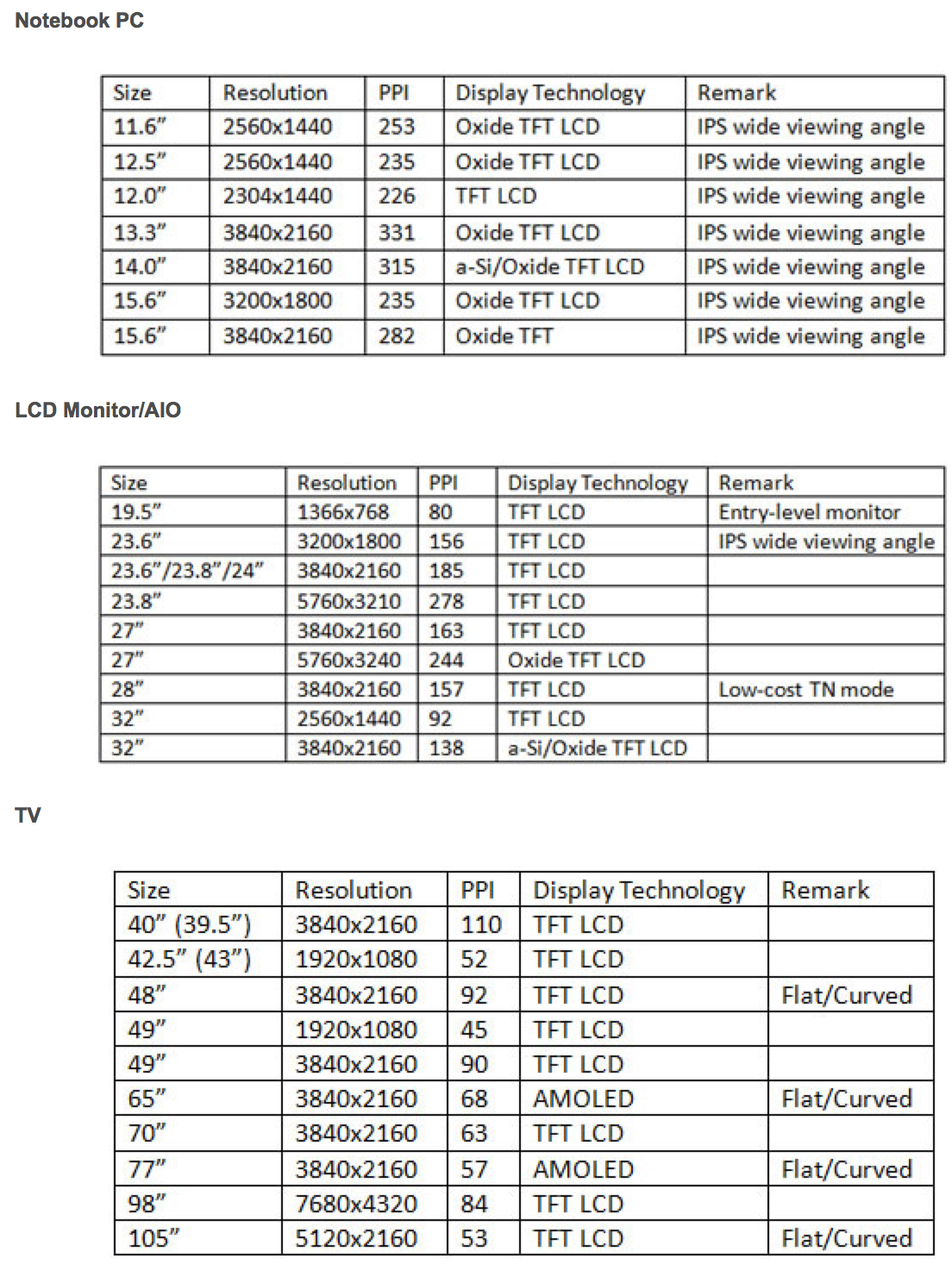 Tony - January 17, 2014 at 8:57pm
Hey, let's release a gadget and put an i in the name. iChair, iTv, iWatch, iToilet with iPiss and iShit in it. Just about anything that already exists and give it an LG screen. Last detail is the Apple logo on it for bragging rights.
Reply · Like · Mark as Spam

K - January 17, 2014 at 8:59pm
Hah, typical samsheep (aka spamsheep) fan acting like he has iDevices, what are you even comparing? Your iq to to what you know?
Reply · Like · Mark as Spam

Fukjohn Rah - January 15, 2014 at 4:56pm
But that would lead to surface idea, but if you want it to work like that, just buy a Mac mini with iPad and keyboard.
Reply · Like · Mark as Spam

odedo1 - January 15, 2014 at 11:30pm
As much as I love my iPad I must admit that Microsoft is on the right way considering moving from home PCs to tablet PCs and Apple need to follow this concept.
Reply · Like · Mark as Spam
5 More Comments
Recent