Toshiba has announced the launch of nearline enterprise capacity HDDs with a 5TB recording capacity, the industry’s largest for models that are not filled with helium gas.

The new series uses 1TB/platter (max) magnetic disks to realize a capacity of 5TB and achieve an internal data transfer rate of 205MiB/s, 24% faster than Toshiba’s current models, MG03SCA400 and MG03ACA400 (4TB, 165MiB/s). The series is engineered for the high-capacity demands of mid-tier servers and cloud application workloads, and for capacity-optimized data center storage systems that benefit from high capacity per spindle.

System builders have the option of selecting a Sanitize Devise Feature set function for each model, which makes it possible to invalidate important data recorded on the magnetic disks at a blink. The series also provides, as an option, persistent write cache technologies that help protect against data-loss in the event of sudden power loss.

Sample shipping of the MG04 series will start in the late half of February. The SAS MG04SCA and SATA MG04ACA series, both with an interface speed of 6Gbit/s, will be available in the 3.5-inch form factor. 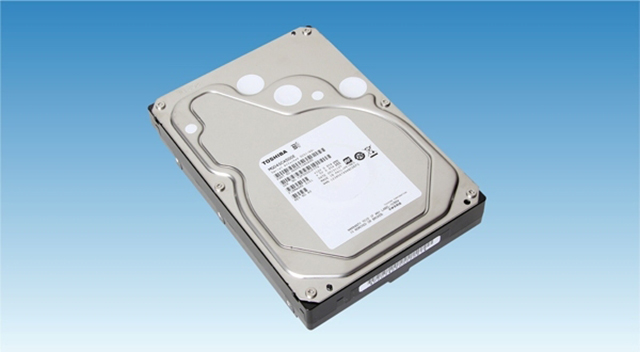 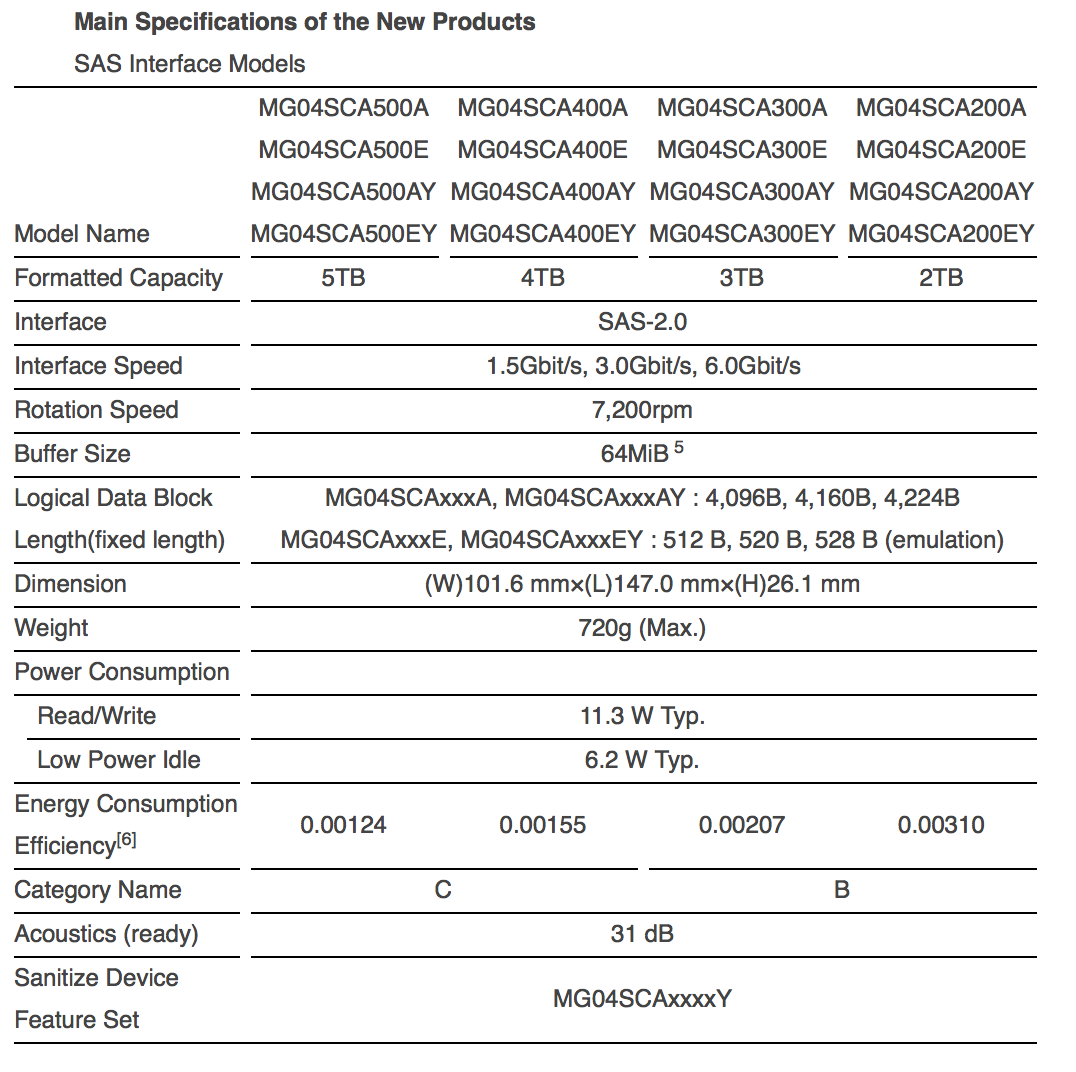